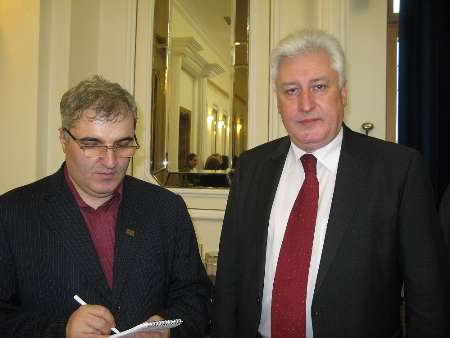 A Russian defense ministry official said Moscow favored to see Iran as a powerful and strong country in the Middle East.

Talking to IRNA on Tuesday, Member of Russian Defense Ministry Public Council Igor Korotchenko said that a strong Iran would serve Russian interests in the Middle East because cooperation between the two countries could bolster peace and friendship in the region.

Saying that Saudi Arabia presently functions as a geopolitical rival for Iran in the region, he stressed a stronger Iran will benefit Russian policies in the Middle East.

Turning to purchase of Russia’s S-330 missiles by Iran, he expressed satisfaction about the deal and said it is a wise decision made by Russian leaders.

As for the upcoming visit of the Saudi king to Russia which is slated for March, Korotchenko said the trip is a regular diplomatic visit of no particular significance during which regional issues including situation in Syria will be discussed.

He further stressed Russia’s inflexible policies in Syria and said Moscow seeks to solve the issue through Iran’s contribution.