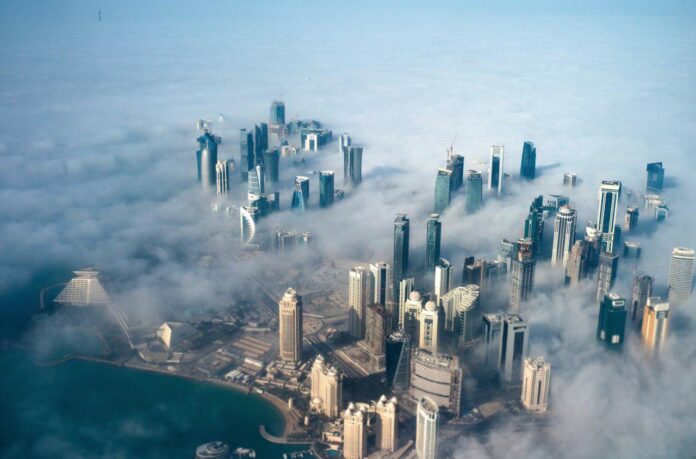 Leading Arab journalist and political analyst Abdel Bari Atwan says a decision by a number of Arab states to cut diplomatic ties with Qatar may herald new development in the Arab world.

Abdel Bari Atwan, the nationalist editor-in-chief of Ray al-Youm newspaper said in a post in his Twitter account that the move by Saudi Arabia and other Arab states to cut diplomatic ties and closing borders with Qatar amounts to preparatory arrangements to isolate the country.

“The next step could be a military interference for a regime change in Qatar. This is a war which has been in the making for several months,” he noted.

In an article published earlier, Atwan had also referred to three regional conflicts over the past decades which paved the way for a possible war in the Arab world:

First, a border dispute between Saudi Arabia and Qatar back in 1992 called Khafus War. It began after Saudi forces carried out an attack on Qatari border guards which left three dead including one Saudi soldier.

Second, a bloodless coup d’état under then Qatari prince Sheikh Hamad Bin Khalifa against his father when the latter was on an official visit to Cairo back in June 1995. Supported and recognized by the US, the coup raised serious concerns among other Persian Gulf states.

And the third one was a military move by a Saudi-led coalition of United Arab Emirate, Bahrain and Egypt in February 1996 to topple the government of Sheikh Hamad and restore his father’s kingdom who was residing in a hotel in Abu Dhabi.

The military interference ended up in failure, heightening the tensions between Saudi Arabia and Qatar. Qatar accused the former Saudi Defence Minister and the current Saudi King Salman Bin Abdul-Aziz of designing the coup.

Amid the deepening tensions between the sides, particularly after the coalition’s ambassadors were expelled from Doha in 2014, some efforts began to resolve the crisis. But this time, at least so far, there is no report yet of any serious intermediary efforts to bridge the growing gap.

Iran as Qatar’s Only Gate to Outside World

Land border: Qatar’s only land border is with Saudi Arabia which is closed now.

Sea border: Qatari ships can get out of the Persian Gulf only via international waters.

Air border: Qatari planes should pass international airspace to enter the airspace of Iran, Kuwait and Iraq before traveling to various parts of the world.

It’s noteworthy that four Arab countries of Saudi Arabia, the UAE, Bahrain and Egypt have decided to cut their diplomatic ties with Qatar over what they called Qatar’s support for terrorism and endangering their security. Interestingly, the Saudis have called on other “brotherly states” to follow the footsteps of the four countries.

Back in May, Qatar’s Emir strongly criticized the Arab states for increasing tensions with Iran. However, he was forced to take back his remarks later under huge pressure. The Qatari government also claimed that the official news agency of Qatar which quoted the emir had been hacked.

Qatar’s Al Jazeera TV announced the severance of diplomatic ties as a breaking news story. The TV cited the recent remarks by Qatari emir in support of Iran and Hezbollah as the main reason behind the decision. However, it remained silent on the reasons declared by the four Arab states for cutting the ties.