According to a report by IRNA, as translated by IFP, the Head of Khomeyn’s Department of Environment announced that the migratory starlings, who immigrate from North and North-East to the South, have landed on the natural habitat of Khomeyn in Markazi Province.

The starlings rest there for one or two months, then fly to tropical areas as the cold season begins. 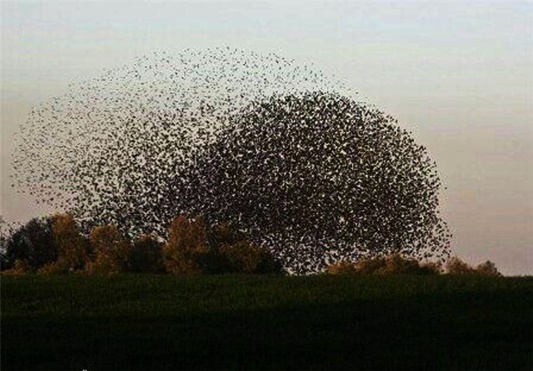