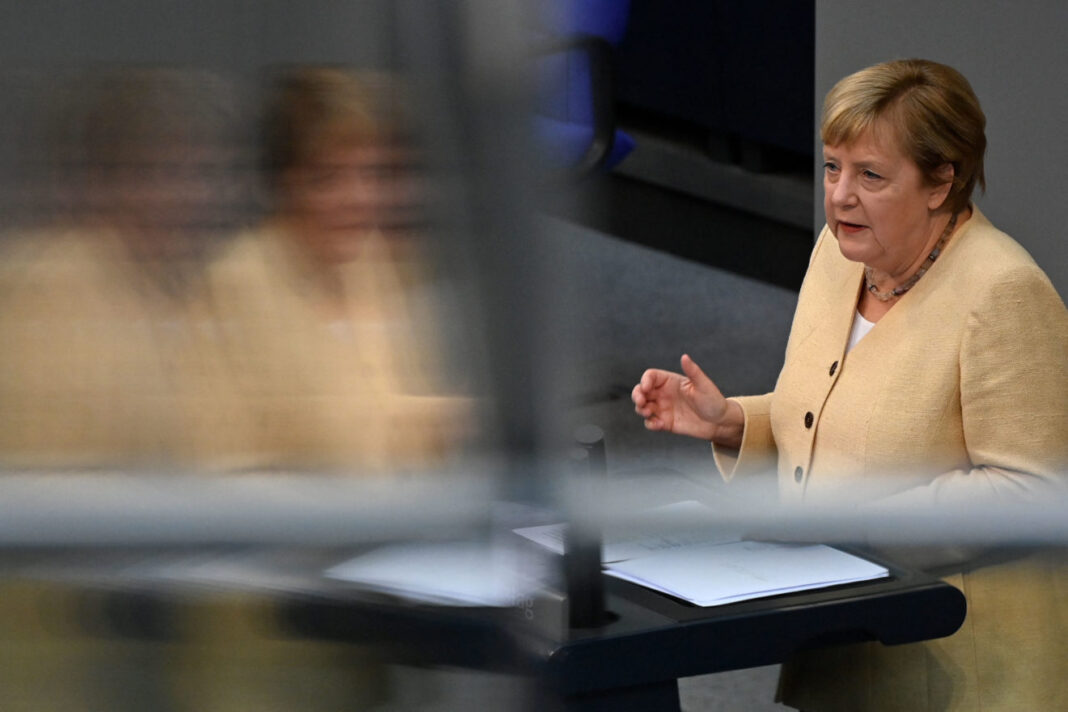 German Chancellor Angela Merkel used her last speech in the Bundestag before stepping down to warn about the rise of a broad left-wing coalition government, as her center-right CDU/CSU bloc falls in the polls.

In the Tuesday speech, Merkel warned Germans against voting for the center-left Social Democrats party (SPD), ahead of the upcoming general election, which will be held on September 26.

Merkel said the choice was one between a “moderate” government or one with the SPD and the Green Party, which she said would accept support from the Left Party.

The outcome will be “either a government consisting of the SPD and the Greens, who accept support through the Left or at least don’t rule it out … or a government led by CDU and CSU under a Chancellor Armin Laschet, a government that leads our country into the future with moderation”, she added.

When members of the German parliament began shouting at the chancellor, who were reportedly agitated by her uncommon criticism of the SPD – her coalition partners since 2013 – she stated, “I’m only telling the truth.”

Merkel and the CDU have governed Germany for 16 consecutive years. But her proposed replacement, Laschet, and the party, have fallen in the polls in past weeks.

The SPD has emerged as the strongest political force just one month out from the election. Current polls put the SPD as favorites at 25%, while the CDU/CSU sit at 20% and the Greens at 17%.

SPD’s chancellor candidate Olaf Scholz has not ruled out a coalition with the Left Party.