Massive manhunt by police leads to the capture of one robber; accomplice is dead 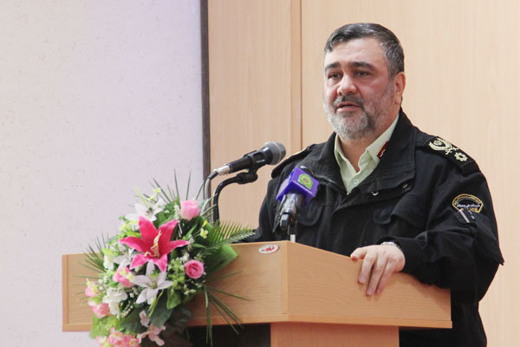 A manhunt for armed robbers results in the apprehension of one robber and the seizure of three grenades, four Kalashnikovs and a thousand rounds of ammunition.

Almost a week after a deadly armed robbery in central Iran which sounded more like a Hollywood story, police captured one of the robbers.

In a press conference in Isfahan on Friday, Deputy Police Chief Brigadier General Hossein Ashtari elaborated on the manhunt which resulted in the arrest of one of the robbers. The following is a partial translation of what Mehr News Agency reported on January 3 on the comments of Ashtari about the deadly rampage:

Last Saturday, police officers ordered a vehicle whose occupants were acting suspiciously to pull over. When the driver of the car ignored the order police gave chase during which three police officers were injured.

Afterward, an operation was launched in the provinces of Isfahan and Markazi to stop and search all suspicious vehicles. During one such stop, when a police officer asked the driver of a car to hand in license and registration, the robbers opened fire and shot him dead before fleeing the scene.

In the ensuing chase, another police officer was martyred. Since the shootout in public places could have put people’s lives in danger, police were overly cautious. In the gun-battle a father and his son as well as an assailant were killed.

The corpse of the dead robber produced some clues which helped police find the hideout of the other two robbers in Fuladshahr, a city in Isfahan Province.

When officers stormed the hiding place of the two suspects, one robber was apprehended alive and the other was killed after he put up resistance. Three grenades, four Kalashnikovs and a thousand rounds of ammunition were also seized from their hideout.

During the interrogation, the robber in custody confessed to committing ten murders in the last nine years. He also confessed to having broken into gold shops, along with the two dead robbers, in different cities and making off with some 50 kg of gold.

Those who aided and abetted the robbers have also been apprehended and are being interrogated.

The three robbers behind the deadly robbery were between 37 and 40 years of age.