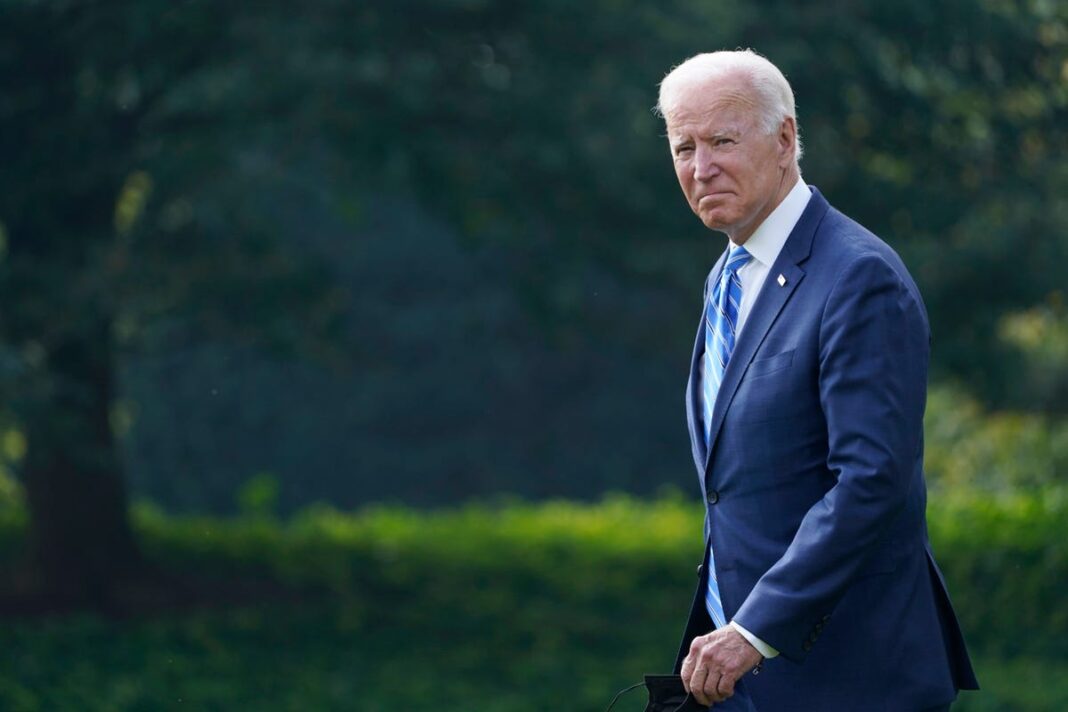 Fewer than 4 in 10 Americans say the U.S is on right track, a new poll found. The recent surveys show US President Joe Biden’s approval rating is sinking amid several national crises.

The Morning Consult/Politico survey released Wednesday found that only 38 percent of Americans say the country is on the right track, compared to 62 percent who said it’s moving in the wrong direction.

The survey also showed Biden’s approval at 46 percent, with 51 percent disapproving of his job performance.

The results fell in between a CNN survey published Wednesday, which put Biden’s approval rating at 50 percent, and a Quinnipiac poll from last week that found just 38 percent of respondents approved of Biden’s performance.

Nearly 50 percent of GOP respondents in the Morning Consult/Politico survey said they would vote for former President Donald Trump if the 2024 Republican primary were held today. The next closest potential candidate was Florida Gov. Ron DeSantis (R), at 15 percent.

More than 80 percent of Democratic respondents stated they would vote for Biden in the 2024 Democratic presidential primary if it were held today.