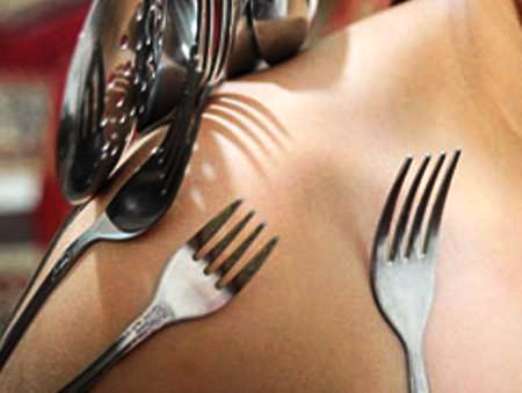 In a bizarre case in Iran, a nine-year-old boy has extraordinary power that makes foreign objects stick to his body.

A nine-year-old Iranian boy has mysterious power that causes objects – metal and non-metal – to stick to his body. This was the lead of a brief report by Kayhan daily on December 8 on this rare case of human magnet which happens when a heightened electromagnetic current runs through a person’s body. The following is the translation of the report:

Amir-Reza Salmannejad, a nine-year-old boy in Damghan, a city in Semnan province, says he first learnt, quite by chance, about his magnetism a few days ago, and that he used steel objects to test his magnetic power.

Objects such as keys, forks and spoons stick to the front and back of my body, and face and stay there for a while, the magnetic boy said, adding that the pulse is at its strongest at night when his body pulls in even more objects.

Mahmoud Khoshnevisan, a physics professor, said that Amir-Reza has electromagnetic power much higher than the magnetic field [everyone has in their bodies], citing his attraction of iron and non-iron items alike.

He went on to say that plastics, silver, steel, gold and metal objects stick to the kid’s body, adding that scientists have no idea why some people have high levels of magnetism in their bodies.