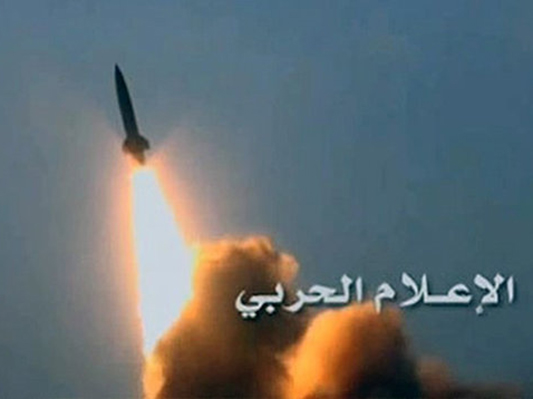 Yemen's Houthi Ansarullah movement has claimed responsibility for a loud explosion in Riyadh, saying they fired a long-range ballistic missile that travelled more than 800km over the border with Saudi Arabia.

A spokesman for the Houthis told Al Jazeera they launched a Burkan 2-H missile towards Riyadh late on Saturday, a Scud-type missile with a range of more than 800km.
“The capital cities of countries that continually shell us, targeting innocent civilians, will not be spared from our missiles,” the spokesman said.
Al Masirah, a TV network run by the Houthis, also claimed responsibility for the attack on their social media account.
According to videos published on social media, smoke could be seen rising from an area near Riyadh’s King Khalid International Airport.
The official Saudi news agency SPA quoted Colonel Turki al-Maliki as saying that at exactly 8:07pm local time, a ballistic missile was fired from Yemeni territory towards the kingdom.
Maliki said Saudi forces used a surface-to-air Patriot missile to destroy the missile which shattered into fragments in an uninhabited area east of the airport.
He said there were no reported casualties.
Al Jazeera could not independently verify the reports.