A look at Iranian newspaper front pages on Oct.29

IFP has taken a look at the front pages of newspapers on Wednesday and picked headlines from 25 of them. IFP has simply translated the headlines and does not vouch for their accuracy.

Remarks by the Supreme Leader who underscored Islamic unity as the official policy of the Islamic Republic of Iran drew the attention of Iranian dailies Wednesday. Comments of Chairman of the State Expediency Council Hashemi Rafsanjani about the possibility of his candidacy for the top job at the Assembly of Experts vacated after the passing of Ayatollah Mahdavi Kani also came under newspaper spotlight. What Iran’s deputy foreign minister described as a momentous time for P5+1 to make a hard decision was another headline-grabbing story of the day. Finally, elaboration on the details of the upcoming 20th International Exhibition of Press and News Agencies in Tehran by Deputy Minister of Culture and Islamic Guidance Hossein Entezami appeared on front pages too. 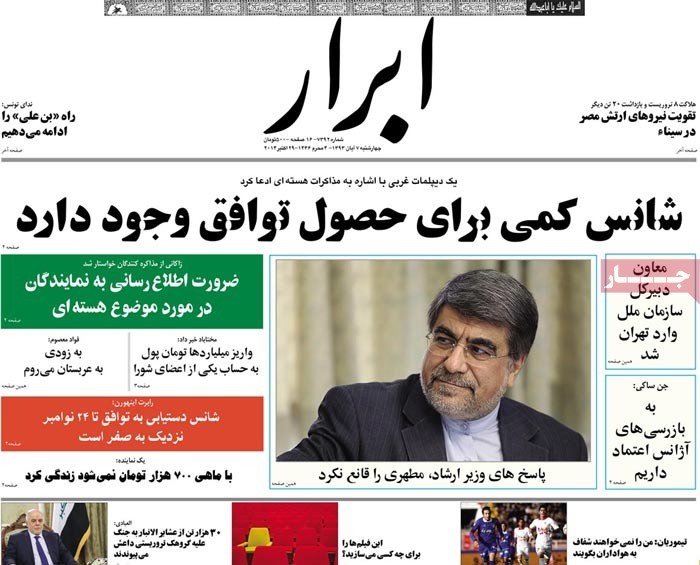 Afkar: “We do not approve of classification of sanctions; the West should lift them all in one stage,” said Deputy Foreign Minister for European and American Affairs Majid Takht-Ravanchi. 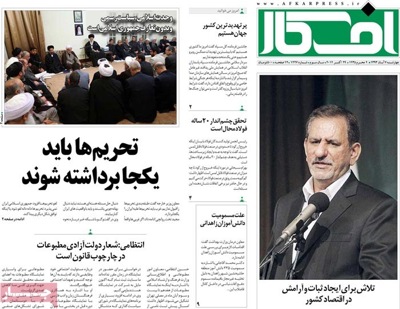 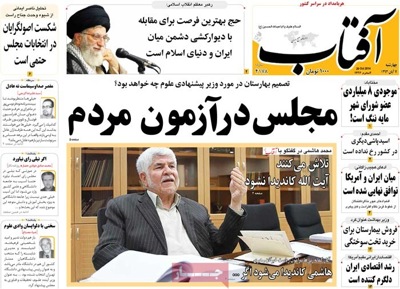 Arman-e Emrooz: “An unprecedented measure by 50 MPs who signed a petition and handed it to the parliament speaker, appealing for the expulsion of Deputy Vice President for Legal and Parliamentary Affairs Mohammad Reza Khabbaz from the National Assembly. The parliamentarians claimed that Khabbaz had suggested there was a link between recent acid attacks in Isfahan and the concept of promoting virtue.” 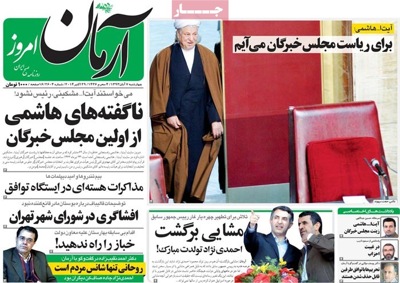 Asia: “The 20th International Exhibition of Press and News Agencieswill be held this year with the motto of ‘Responsible Freedom’,” said Deputy Minister of Culture and Islamic Guidance Hossein Entezami.

Asia: “I strongly believe that Facebook and Twitter have good functions,” said Mohammad Javad Larijani, the head of Human Rights Council, an affiliate of the Judiciary. 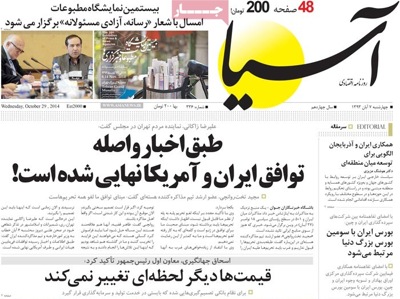 Asr-e Eghtesad: “A new round of nuclear talks between Iran and P5+1 will get underway on November 18 in Vienna.” 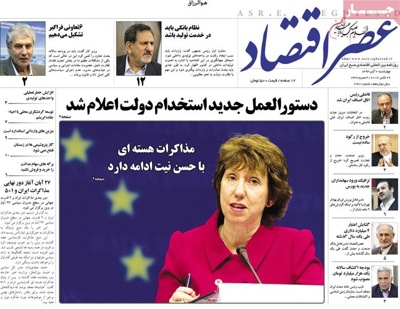 Asrar: “Claims that Iran’s negotiating team has crossed the red line in nuclear talks amount to libel and are actionable,” argued Foreign Ministry Spokeswoman Marzieh Afkham in reaction to allegations by a principlist MP. 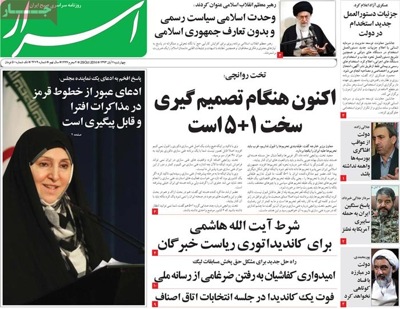 Ebtekar: “Lobbying by diplomats during the hectic final days [before nuclear talks] has stepped up.” 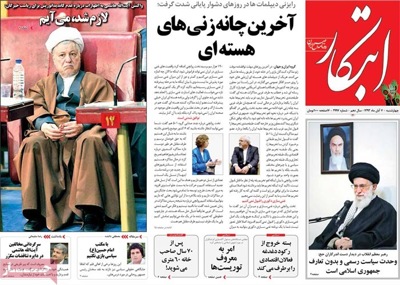 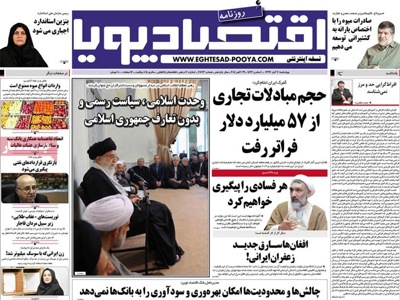 Ettela’at: “Academics have thrown their weight behind President Rouhani’s pick for the Ministry of Science, Research and Technology Mahmoud Nili Ahmadabadi.” 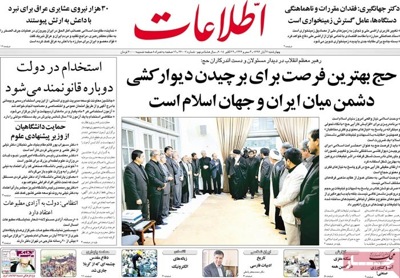 Hambastegi: “Imported gasoline does not have any problems,” said the head of the Iranian National Standards Organization. 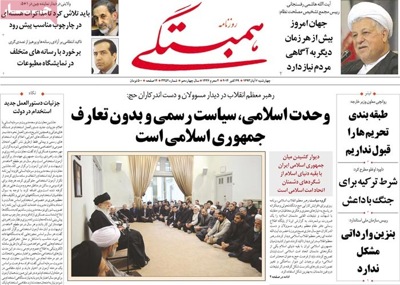 Hamshahri: “Tehran Mayor Mohammad Bagher Ghalibaf, who was called in by the City Council for some explanation about the alleged felling of some trees in Boostan Madar (Mother Park) in Tehran, said that there were no trees on the piece of land when he took office.” 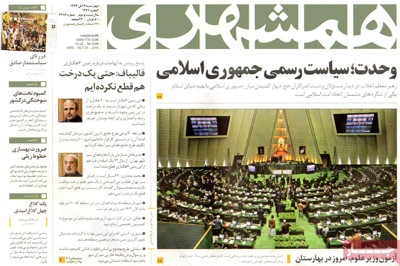 Hemayat: “Two parliamentary caucuses are opposed to the president’s nominee to lead the Ministry of Science.” 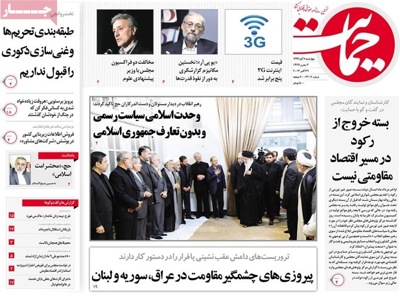 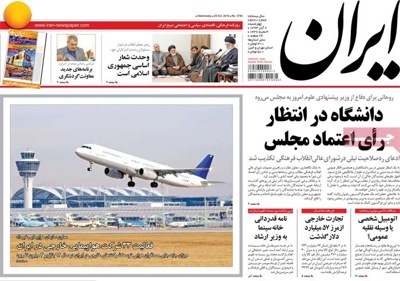 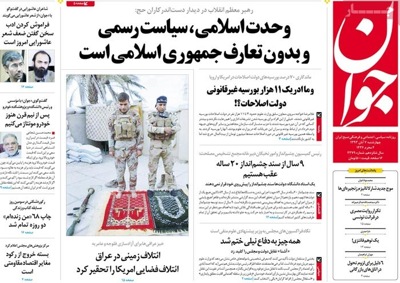 Jomhouri Islami: “Seventy-three percent of the public are content with the implementation of the Healthcare Reform Plan,” said Deputy Health Minister Mohammad Aghajani. 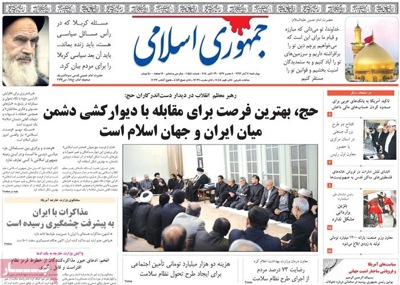 Kaenat: “Preparations to supply natural gas to Sistan and Baluchestan Province have got underway.” 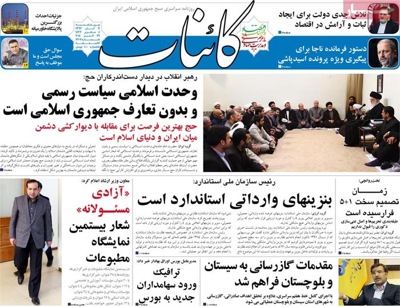 Kayhan: “At least 70 percent of MPs won’t grant a vote of confidence to a person who has got a lot in common with Reza Farajidana [the former minister of science, research and technology who lost the top job after his impeachment by parliament].” 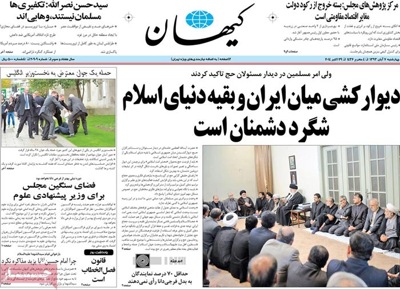 Rah-e Mardom: “Abdolhossein Mokhtabad, a member of Tehran City Council, in a speech before the council contended that a large amount of money had been deposited into the personal bank account of a city councilor, asking why a city official should keep the large amount of money in his personal account. In response, Chairman of the City Council Mehdi Chamran argued that no member of the council has a personal bank account with public funds in it.” 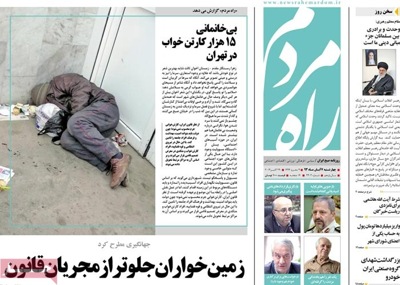 Resalat: “Removal of filtering is similar to bringing down the walls of a house,” said Head of the Human Rights Council at the Judiciary Mohammad Javad Larijani. 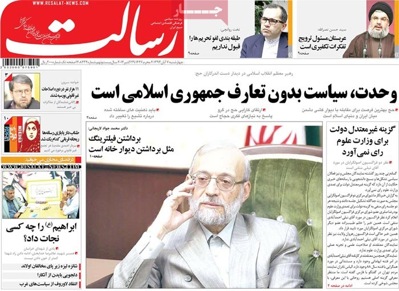 Roozan: “The news website affiliated with former President Ahmadinejad does not have a work permit.” 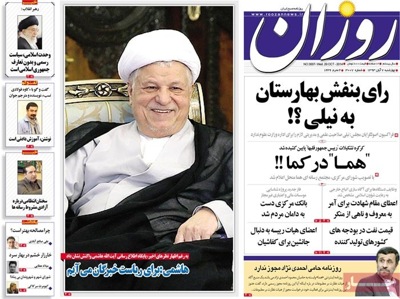 Shahrvand: “Flooding has swept across Gilan Province; landslide has cut off five villages near Astara.” 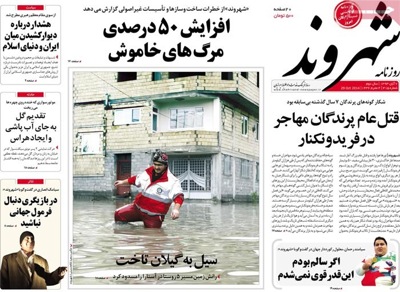 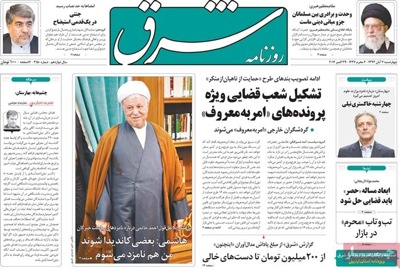 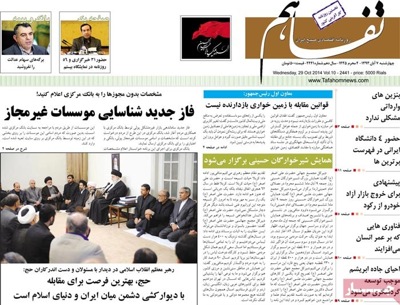 Vatan-e Emrooz: “The package intended to lift Iran out of recession runs counter to the principles of a resistance-based economy,” the parliament’s Research Center reported. 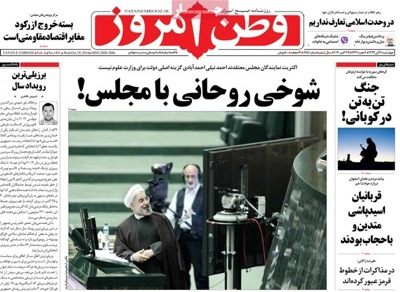