A look at Iranian newspaper front pages on Nov.18

Comments of the Supreme Leader at a commencement ceremony at Imam Ali Military Academy appeared on the front pages of Iranian dailies on Tuesday. Considerable newspaper coverage was also given to whether or not Danesh Ashtiani [President Rouhani’s pick for science minister] will get the approval of parliament. On the international front, the last round of nuclear talks between Iran and P5+1 and speculations as to whether a final deal will be clinched by a November 24th deadline grabbed headlines and generated several analyses in today’s newspapers. 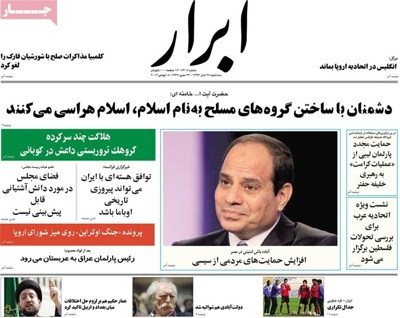 Afkar has quoted the governor of the Central Bank of Iran as stressing that an economic growth of 4.6 percent has been fulfilled and that the statistics released by the bank are accurate. 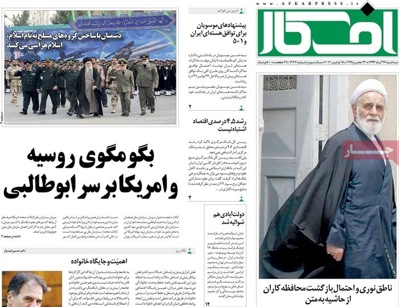 Aftab-e Yazd: “Where were those who keep criticizing the government of Rouhani for the poor quality of Tehran air when Ahmadinejad was in power?” is the question the daily has posed on its front page in a report about the barrage of criticism aimed at the Environment Protection Organization. 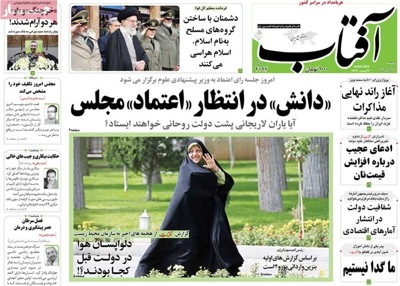 Arman-e Emrooz: “Access to information is a public right; the intelligent filtering plan will get ready in one month time,” said the minister of communications and information. 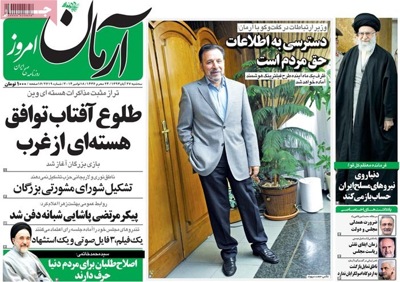 Asrar: “Inflation will land in the single-digit territory in the year which starts on March 21, 2016,” said First Vice President Eshagh Jahangiri.

Asrar: “The home stretch of marathon nuclear talks; foreign ministers of P5+1 are likely to join the Vienna negotiations.” 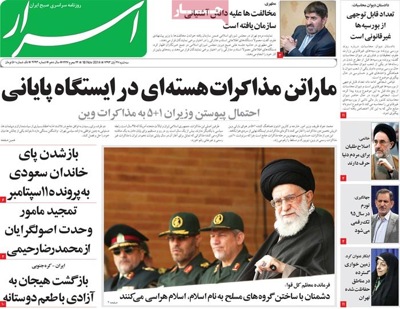 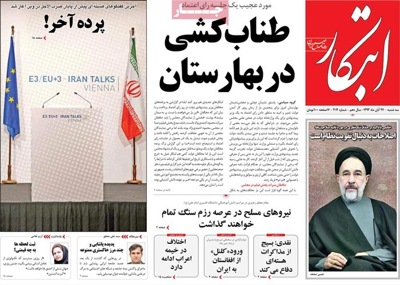 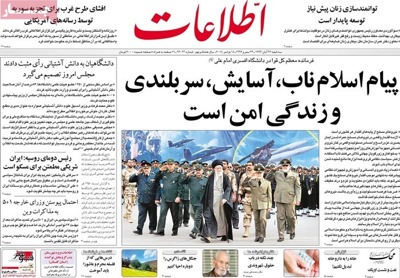 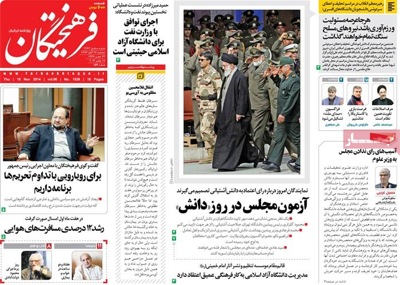 Hambastegi: “By setting up armed groups and massacring people, enemies give rise to Islamophobia,” said the Supreme Leader at a commencement ceremony at Imam Ali Military Academy on Monday. 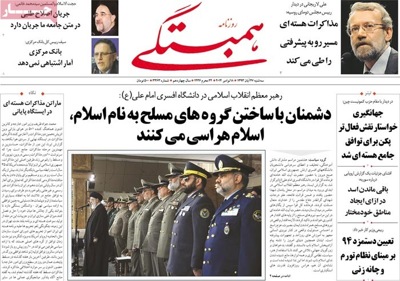 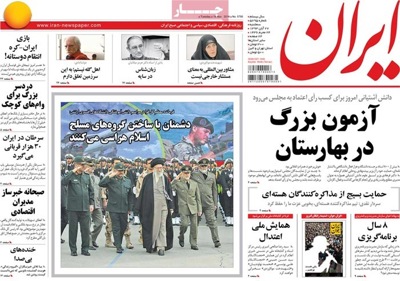 Javan has put its speculation about the result of nuclear talks in Vienna under “Partial agreement rather than a comprehensive deal is the most likely nuclear scenario in Vienna”. 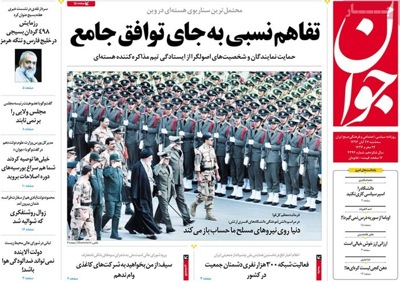 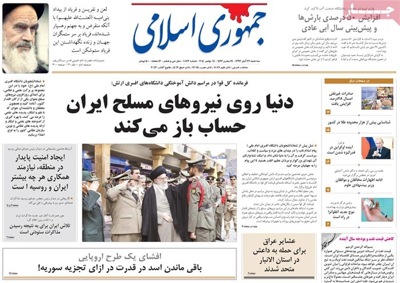 Kar va Kargar: “Public healthcare should not turn into a political or partisan concept,” said the health minister. 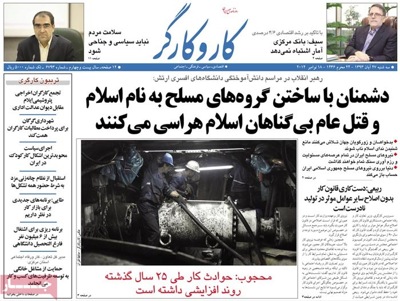 Mardomsalari: “Iranian young pop singer Morteza Pashaei has been buried overnight.” His burial was delayed for hours as a huge number of people turned up for his funeral. 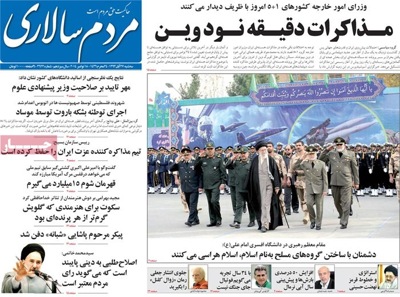 Resalat: “The flimsy excuses that the West turns to have thrown obstacles in the way of nuclear talks,” said Speaker of the Islamic Consultative Assembly Ali Larijani in a meeting with visiting Speaker of Russian State Duma Sergei Naryshkin.

Resalat: “Extending the term of the acting science minister [until the president’s pick finally secures a vote of confidence from parliament] requires a decree by the Supreme Leader,” said Elias Naderan, a principlist MP. 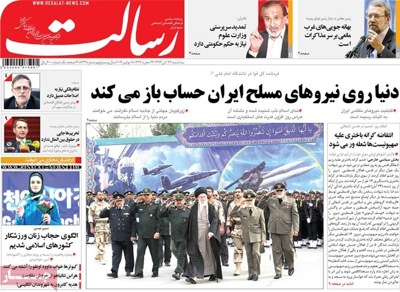 Roozan: “Secretary of the State Expediency Council Mohsen Rezai might field his candidacy for parliamentary elections next year.” 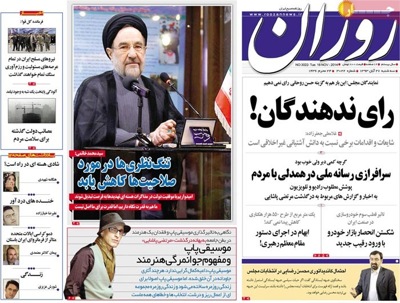 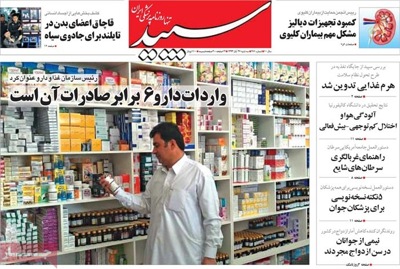 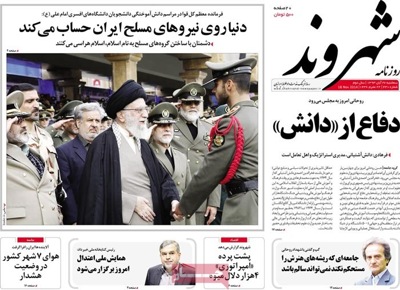