A look at Iranian newspaper front pages on Jan. 8

The comments of the Supreme Leader about important issues such as national unity and nuclear talks dominated the front pages of the Iranian dailies on Thursday. The president’s remarks at an Islamic Unity conference in Tehran also made front-page headlines. Last but not least, the deadly terrorist attack in Paris that claimed 12 lives appeared on the cover of almost every newspaper. 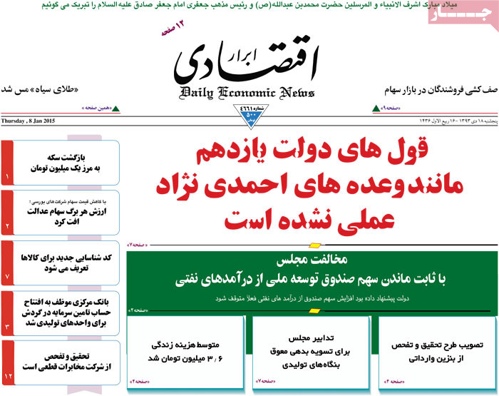 Aftab-e Yazd: The Law Enforcement Force has urged promoters of virtue to talk softly to the public.

Aftab-e Yazd: Oil prices dropped by as much as $3 in a single day. Arman-e Emrooz: “I am not against talks. Everyone should help the government. Creation of division is against our ideals and national interests,” said the Supreme Leader.

Arman-e Emrooz: “Laws can be changed,” is what Chairman of the Expediency Council Akbar Hashemi Rafsanjani thinks of referendum. 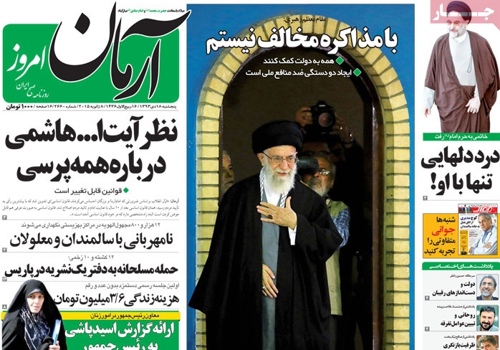 Ebtekar: “Floating the idea of holding a referendum is not illegal,” said the government spokesman. 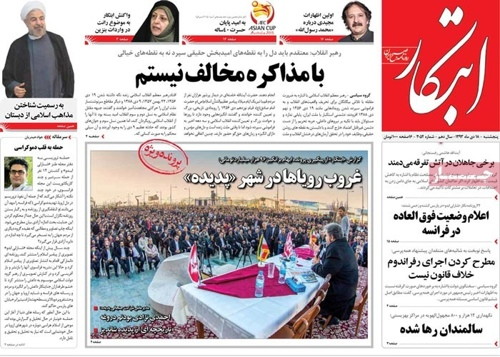 Etemad: There are conflicting reports about messaging and phone apps LINE, WhatsApp, and Tango being blocked. 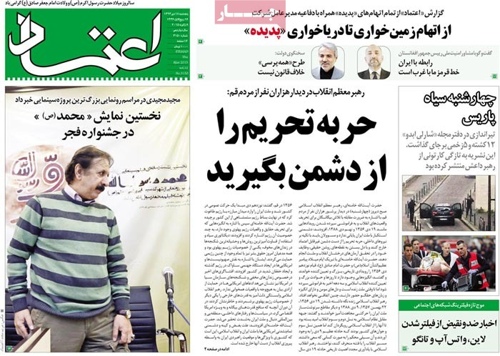 Ettela’at: “Recognition of each other and tolerance are the requirements of unity,” President Rouhani told an Islamic Unity Conference in Tehran. 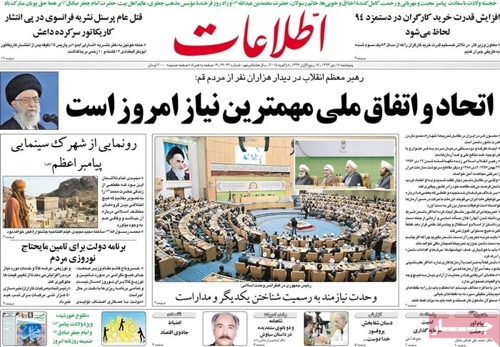 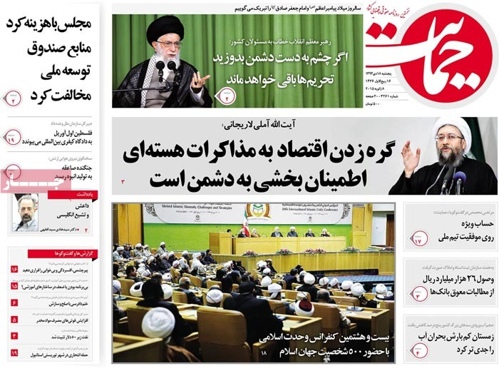 Iran: The government spokesman has said it is shameful that some have insulted the president following his call for a referendum on major issues. 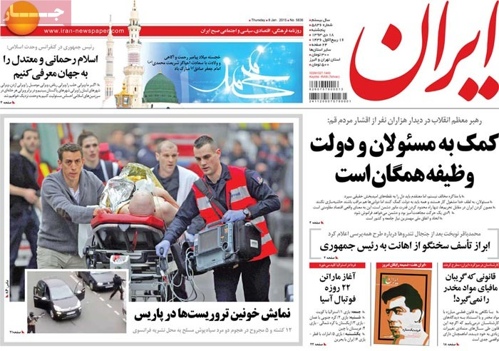 Javan: “American companies have expressed readiness to screen Muhammad, the Messenger of Allah,” said Majid Majidi the director of the movie which will premiere at the 33rd Fajr International Film Festival later this year. 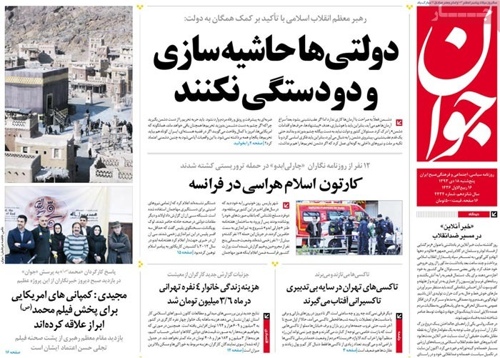 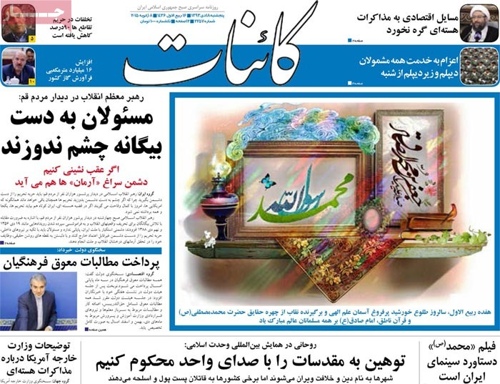 Kayhan: “If you take one step back, the enemy will target our ideals,” the Supreme Leader said in comments aimed at Iranian statesmen. Mardomsalari: “A report on acid attacks has been handed to President Rouhani,” said the vice-president for women and family affairs. 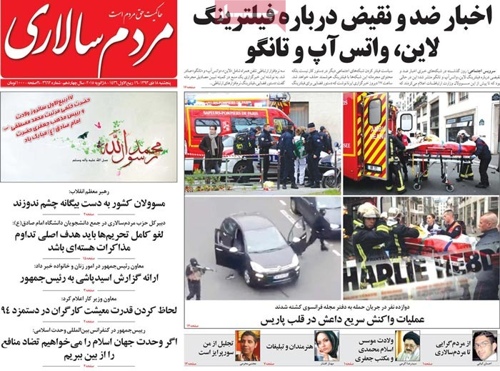 Taadol: “You should take the weapon of sanctions away from the enemy,” the Supreme Leader said in a statement aimed at statesmen. 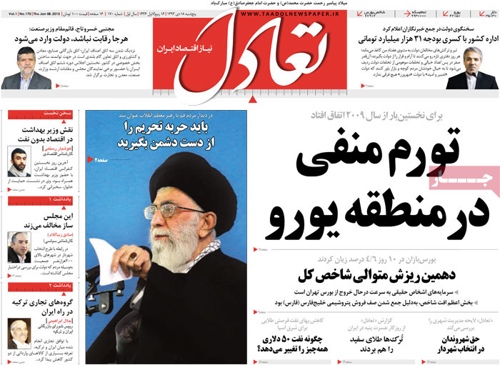