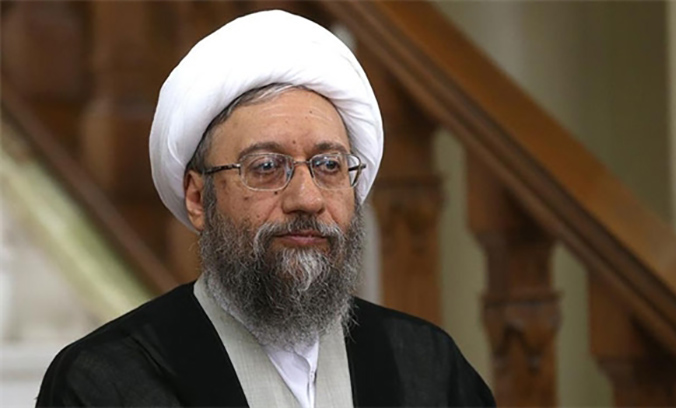 Washington's support for the suppression of the Bahraini nation and war on Yemen revealed its lies about advocacy of human rights, Iran's Judiciary Chief Sadeq Amoli Larijani claimed on Tuesday June 28.

“The US and Europe’s lies about (supporting) human rights,” were unveiled. “They support attacks against the Bahraini and Yemeni people, all of them being war crimes”, Amoli Larijani said, addressing a ceremony in Tehran.

He described human rights as an instrument in the hands of the superpowers and the international organizations to put pressure on independent countries like Iran, and questioned the situation of human rights in the US and Saudi Arabia and Bahrain, both of which are Washington’s allies.

Saudi Arabia, backed by the US and certain Arab states, launched its military aggression against Yemen in March 2015 in a bid to reinstate fugitive President Mansour Hadi. More than 9,800 Yemeni people have been killed and at least 16,000 others injured.

The Al Khalifa regime is engaged in a harsh crackdown on dissent and widespread discrimination against the country’s Shia majority. Scores of people have been killed and hundreds of others injured or arrested in the island country.

Earlier this month, the government suspended the main Shia opposition party, al-Wefaq, accusing it of having links to foreign terrorists and inciting hatred. Sheikh Ali Salman, al-Wefaq’s secretary-general, was arrested in 2014 on charges of inciting violence. His sentence was doubled to nine years on appeal last month.

The cabinet decided to revoke the citizenship of Sheikh Isa, an indigenous Bahraini who applied for nationality to get a passport in the 1960s, after a presentation by the interior ministry. The lack of judicial oversight raised concerns among rights groups.