Leave your shoes and preconceptions outside before coming in 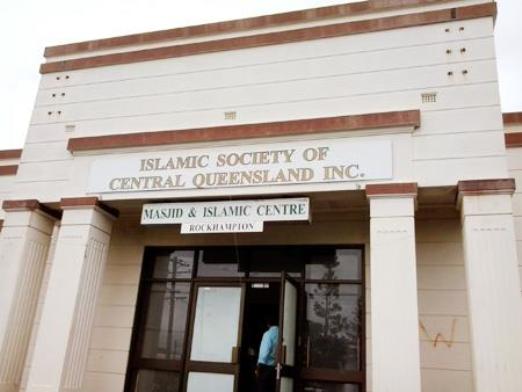 The Rockhampton Mosque in Queensland, Australia opened its doors to visitors of all ages and beliefs on an Open Mosque Day to promote mutual understanding and tolerance.

SHAFAQNA (Shia International News Agency) on December 8 filed a report on a December 6 function at the mosque during which non-Muslim Australians were given a chance to get familiar with Islam. The following is the translation of the report:

In Rockhampton, a city and local government area in Queensland, Australia, a large crowd of citizens of all ages and beliefs read the sign and willingly obliged as they packed into the house of worship for an “Open Mosque Day”.

The event, organized by the Islamic Society of Central Queensland (ISCQ), was designed to dispel the myths and misconceptions surrounding Islam and Muslims.

The participants had a guided tour of the mosque, attended Q & A sessions, and put forward their questions on Islam and its followers.

The female participants were given a chance to try the hijab [the Islamic covering]. The guests were also entertained by traditional foods of different Islamic cultures.

The ISCQ’s president Riaz Ahmed said that the service was all about promoting understanding and tolerance based on mutual interest and respect.

We humans share values which are much bigger than our differences. We have to respect and cherish those values, he added.

Mike Ryan, a city official in Queensland was among the guests listening to the imam at the mosque who fielded questions by curious visitors.

“I think it is very important that we understand each other,” he said, adding, “Having listened to the imam today, I can see parallels through the teachings and experiences I’ve felt as a Christian. They [Muslims] have the same thoughts, feelings, love and dislikes as everybody else.”