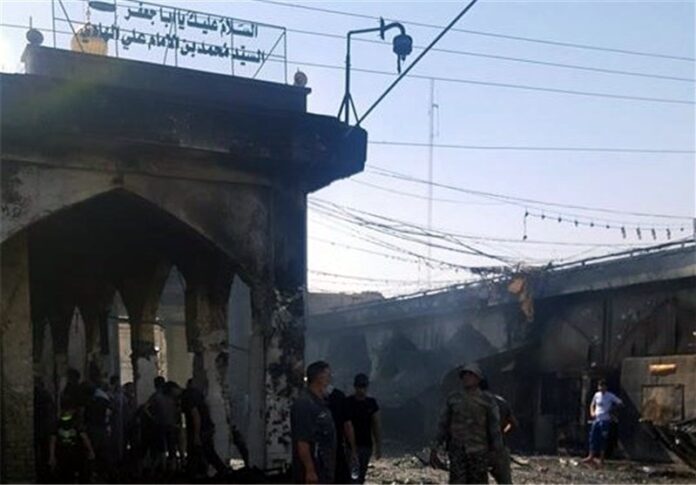 ISIS terrorist group (also known as ISIS or ISIL) claimed a triple suicide attack on Thursday evening near a Shiite mausoleum north of Baghdad, which killed at least 35 people and wounded 60 others, according to Iraqi security sources.

A man detonated an explosive belt at the external gate of the Mausoleum of Sayyid Muhammed bin Ali al-Hadi at around 11 pm, allowing several gunmen to storm the site and start shooting at worshippers on the occasion of the Eid al-Fitr festival, according to the security sources. 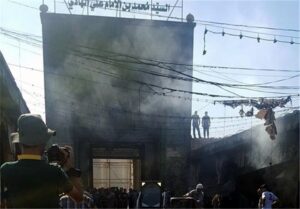 At least one gunmen blew himself up in the middle of the crowd while another was gunned down by the guard of the mausoleum before he could detonate his explosive belt.

The site also came under rocket fire during the attack that was claimed by ISIS. The terror group said in a statement the attack was carried out by three suicide bombers wearing explosive belts.

Pictures posted on social media showed a fire burning in the market located at the entrance of the mausoleum. It was not clear if the site itself was damaged.

Prominent Shiite cleric Muqtada al-Sadr ordered his forces, the Peace Brigade, to deploy around the mausoleum, near Balad, about 93 kilometers (58 miles) north of Baghdad, Reuters reported. 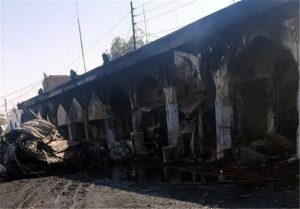 The Peace Brigade is also deployed in Samarra, a nearby city that houses the shrine of Imam Ali al-Hadi, the father of Sayyid Muhammed whose mausoleum was attacked on Thursday.

A 2006 bombing destroyed the golden dome of the shrine of Ali al-Hadi and his other son, Imam Hasan al-Askari (AS).

The attack came several days after a massive bombing that killed at least 292 people in a mainly Shiite shopping area of central Baghdad, in the deadliest single bombing since the US-led invasion that toppled Saddam Hussein in 2003.