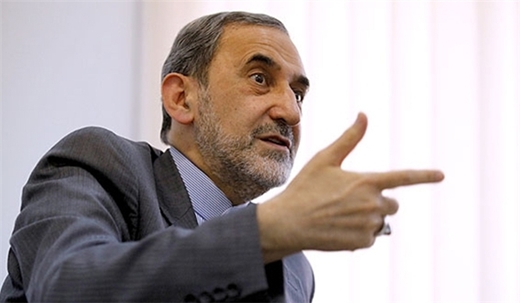 The Supreme Leader’s top adviser for international affairs has played down the war rhetoric of Tel Aviv against Iran, and said that in case of the slightest mistake by Israel it will receive Iran’s most crushing response.

“Israel does not dare to attack Iran; as soon as the Israeli regime begin to do so, its most important cities will be leveled to the ground,” Velayati said in response to a question by reporters on Israel’s possible attack on Iran to ruin the nuclear agreement between Iran and the world powers.

The Supreme Leader’s top aide, meantime, stressed that Iran will never allow any outsider to inspect its military sites.

“I reiterate that the issues of Iran’s missiles and defensive capabilities have never been included in the nuclear talks,” Velayati said.

Earlier this month, Foreign Minister Mohammad Javad Zarif underlined that Tehran’s ballistic missile production and use is no violation of the nuclear agreement between the country and the world powers.

“Using ballistic missiles doesn’t violate the Joint Comprehensive Plan of Action (JCPOA); it is a violation of a paragraph in the annex of the (UN Security Council) Resolution (2231) which is non-binding,” Zarif said in response to questions by legislators in an open session of parliament in Tehran on Tuesday.

“This paragraph (of the annex) speaks about missiles with nuclear warheads capability and since we don’t design any of our missiles for carrying nuclear weapons, therefore, this paragraph is not related to us at all,” he added.

Iran and the six powers struck a nuclear agreement in Vienna on July 14. A week later, the UN Security Council unanimously endorsed a draft resolution turning into international law the Joint Comprehensive Plan Of Action (JCPOA) reached between Iran and 5+1 (the US, Russia, China, Britain and France plus Germany) over the Islamic Republic’s nuclear program.