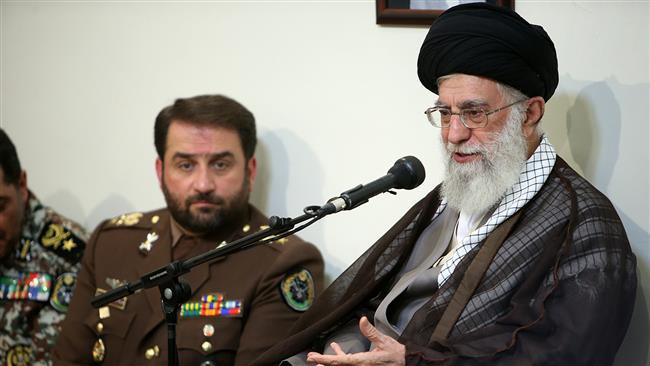 Leader of the Islamic Revolution Ayatollah Seyyed Ali Khamenei has instructed the Iranian Air Force defense forces to constantly upgrade their preparedness for repelling a variety of threats.

“Upgrade your preparedness and options constantly for countering all types of threats,” Ayatollah Khamenei said in a meeting with top commanders and officials of Iran’s Khatam al-Anbiya Air Defense Base in Tehran on Tuesday.

The Leader hailed efforts by commanders and staff of Khatam al-Anbiya Air Defense Base, saying they have to identify the enemy’s “vulnerable points” and devise plans for dealing with them.

“You should increase and diversify your options in the face of various threats,” Ayatollah Khamenei said.

He further called on the Armed Forces’ authorities to “appreciate” Iranian people’s trust in officials and “reciprocate it by fulfilling their duties.”