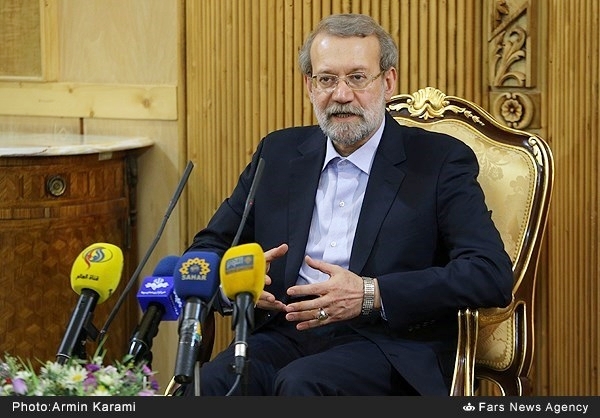 Talking to IRNA in the Iraqi capital, Larijani said the diplomatic doors are still open to Saudi Arabia, hoping that Riyadh would return from its wrong way.

Saudi Arabia is an Islamic country, said Larijani adding, ‘We never want to see it to be weakened.’

Iran always makes efforts to help the Islamic countries stand by each other not against, said Larijani.

However, the Saudis have taken steps toward the wrong path, stressed he, hoping that Saudi Arabia would come back to the moderate policies.

Pursuing this wrong policy has got many innocent people killed, injured and displaced, he added.

Referring to the new attitude adopted in the region to solve the problems and crises through Iran’s experience in the nuclear talks, Larijani said any single issue needs its own framework.

However, Iran believes that any complicated problem will be solved through negotiations, he added.

So, the experience gained in the nuclear talks can be also used for the regional problems, he stressed.

Larijani arrived in Baghdad on Saturday evening to attend the 11th Parliamentary Union of the OIC Member States, (PUIC).

The conference started work on January 20 and continues until Jan 25.

Some 40 Islamic countries have attended the event. Ten participants have taken part at the level of parliament speaker.

Saudi Arabia, Qatar, Bahrain and UAEA have not taken part in the Baghdad conference.