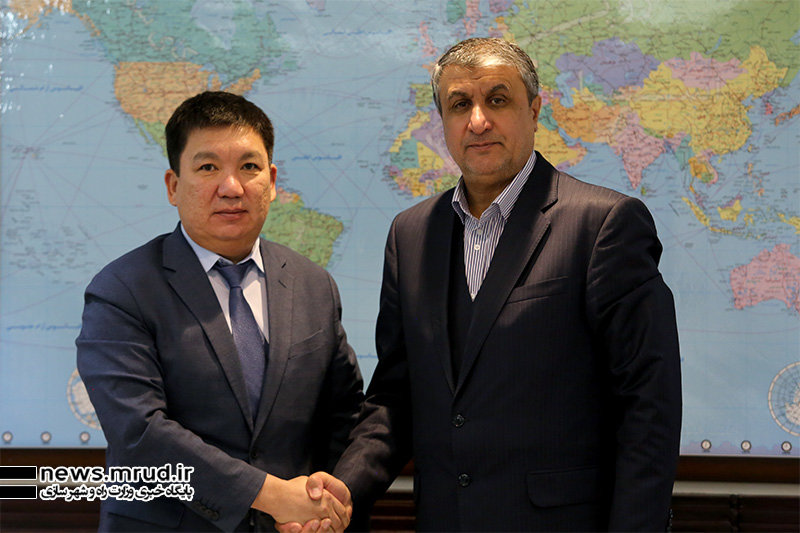 Minister of Transport and Roads of the Kyrgyz Republic has voiced his country’s willingness to import oil from Iran and export foodstuffs to the Islamic Republic.

The 12th meeting of the Joint Commission of Economic Cooperation between the Islamic Republic of Iran and the Kyrgyz Republic was held in Tehran on December 3.

In comments at the meeting, the Iranian minister described the gathering as a testimony to the two countries’ determination to promote cooperation.

Hailing the friendly ties between Tehran and Bishkek, Eslami said there is no limit to the expansion of bilateral trade.

He also highlighted the coordinated and supportive cooperation between the two governments at the regional and international organizations.

The Iranian minister further noted that a 10-year cooperation agreement that presidents of Iran and Kyrgyzstan have signed in Bishkek back in 2016 serves as a basis for legal cooperation between the two countries.

Eslami added that the ties between the two nations would enter a new stage, because Iran has signed a preferential trade agreement with the Eurasian Economic Union, of which Kyrgyzstan is a member.

“The strategic document of 10-year cooperation between Iran and Kyrgyzstan, and the country’s membership in the Eurasian preferential tariff (trade agreement) could at the same time expedite and facilitate the elevation of trade and economic exchanges between the two countries,” he stated.

For his part, Beishenov described Iran as one of his country’s top priorities, saying he saw a bright future for the two nations’ progress.

The Kyrgyz Minister of Transport and Roads also highlighted the great potential for the bilateral trade, calling on the experts from both sides to weigh plans for a boost to the businesses and a rise in the investments.

Citing Kyrgyzstan’s good potential for the thermal energy industry and the ample investment opportunities available in there, he invited the Iranian engineers and companies to work on infrastructural projects in his country.

In a meeting between the Kyrgyz prime minister and the Iranian first vice president, Kyrgyzstan has made it clear that it seeks to receive oil from and export foodstuffs to Iran, Beishenov noted.

Pointing to the proper cultural interaction between the two countries and the cooperation between their state-run organizations, the Kyrgyz minister said the two-day meeting of the joint commission would help the businesses find a tool for stronger cooperation.