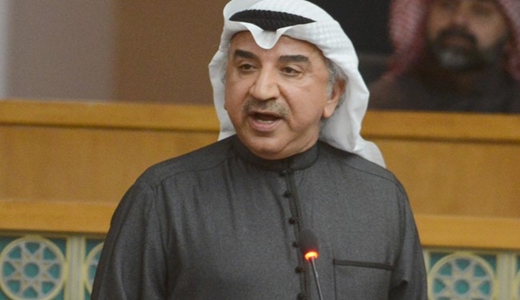 Abdul-Hamid Dashti, a Member of Kuwait’s Parliament, announced that he plans to form a legal coalition to file a lawsuit against Riyadh over its role in regional and global terrorist activities.

According to a report by Al-Manar news website, which was also covered by Al-Alam TV, Dashti is going to establish a worldwide coalition including international lawyers and jurists on behalf of terror victims in the US.

Sources close to Dashti said he himself would pay all the expenses of the coalition, which is formed to show the true and peaceful image of Arabs and Muslims to the world, and to all those people hurt by Saudi Arabia’s terrorism.

The move came after the US Senate on Tuesday, May 17, approved legislation that would allow victims of the 9/11 terror attacks to sue Saudi Arabia, defying vocal opposition from the White House.

The bill would allow victims of terror attacks on US soil or surviving family members to bring lawsuits against nation-states for activities supporting terrorism.

The legislation will now head to the House, where lawmakers have also introduced their own version of the bill.

The legislation has also drawn criticism from the Saudi government. Top Saudi officials reportedly threatened to sell off billions of dollars in U.S. assets if Congress passed the bill.

Saudi Arabia’s foreign minister, Adel al-Jubeir, pushed back against the reports in Geneva earlier this month while warning that the legislation could impact Saudi investments.