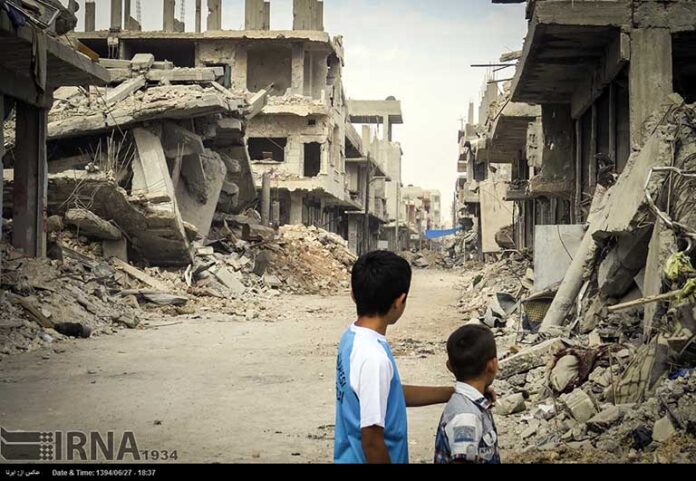 Although IS held control over much of Kobani, popular resistance saw the border town freed from the tentacles of the terrorist grouping.

Kobani is a town in Aleppo Province in northern Syria which was under IS siege for four months and 11 days last year. Although IS terrorists overran 70 percent of the town, the resistance of its residents resulted in the liberation of the border town on January 26, 2015.

Snapshots of the Kobani published online by the Islamic Republic News Agency: