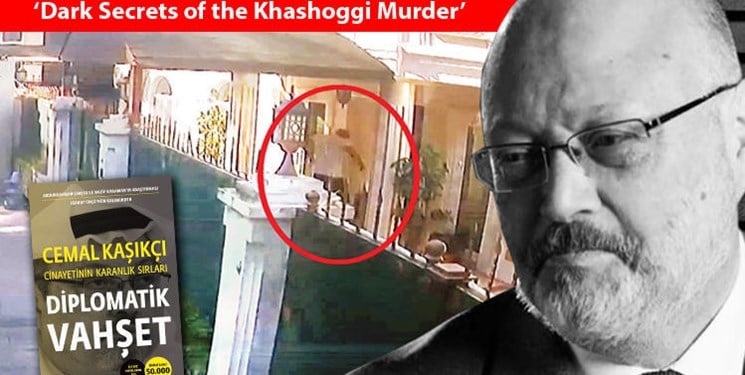 A new book has been published in Turkey which not only sheds more light on the slaughter of the prominent Saudi journalist Jamal Khashoggi in the Saudi consulate in Istanbul, but also set forth a new claim saying that the corpse of the slain journalist is still kept in a water well inside the residence of Saudi consul in Istanbul.

Three months after the death of Khashoggi in Istanbul, investigations by Turkish police are now focused on finding the remaining of the slain journalist’s body.

“The newly-released book in Turkey titled Diplomatic Terror: Some Black Facts on Khashoggi’s Murder is built on interviews with Turkey’s intelligence officials which have not been published yet,” a report by Fars News Agency said.

The book’s authors claim that Saudi Arabia has not yet allowed Turkey’s police to inspect the water well inside the residence of Saudi consul in Istanbul, adding, it is highly likely that either Kashoggi’s corpse is kept in the well or parts of his body are kept in separate corners of the residence.

Saudi officials have only allowed Turkish police to take samples of the water well of the residence, but they have rejected any call by Turkey to inspect the well.

According to the authors, Vienna Convention does not allow Turkey to investigate diplomatic missions in the country. “It is possible that the Saudi officials have put the dead body in the well after wrapping it in anti-water package.”

They also went on to say that the Turkish intelligence officials have provided them with a report on the audio files retrieved from Saudi consulate in Istanbul on Khashoggi’s death.

“The officials told us that the perpetrators of Khashoggi’s death were members of a group named Tiger Squad headed by Saudi Crown Prince Mohammad bin Salman. They committed their crimes after tracking Khashoggi and visiting a number of areas in Istanbul like Belgrade Forest and a luxurious villa in Istanbul.”

According to the audio files, the authors added, two members of the Tiger Squad held talks just one hour before the crime in the consulate. Based on the files, the two members exchanged views on how to convince Khashoggi to return to Saudi Arabia or kill him. “If he declines to cooperate with us, we will kill him and get rid of his corpse,” one of them told the other.

The authors say the files convinced Director of the Central Intelligence Agency of the US Gina Haspel that Khahoggi was murdered by Saudis in their Istanbul consulate. “She listened to the files during a visit to Ankara in a meeting dominated by a deadly silence. In another meeting, when UK intelligent officials arrived in Istanbul to probe the case, their translator could not hold back his tears while translating the files.”

According to the writers, the files included various voices. Somewhere in the files, Khashoggi shouts he will not return to Riyadh while the sounds of some cold weapons like knife and circular saw is heard.

“When five members of the Tiger Squad attacked Khashoggi to keep him quiet, he desperately shouts: Don’t keep my mouth shut. I’ve asthma. You are choking me,” the authors said.

The Turkish security officials also told the authors that the squad members removed Khashoggi’s blood with a special sucker machine and then dismembered his body with a circular saw.

Four members of the squad played a key role in the crime and the squad members did not notice they were tracked by Turkish security forces on their visit to Belgrade Forest in Istanbul.

The book also rejects Saudi Arabia’s claim that the perpetrators of the crime have been arrested.

Meanwhile, the Turkish media have recently released a new footage in which the squad members are seen entering Saudi consul residence with big plastic bags in their hands. This has contributed to speculations that Khashoggi’s corpse is being held in the residence.