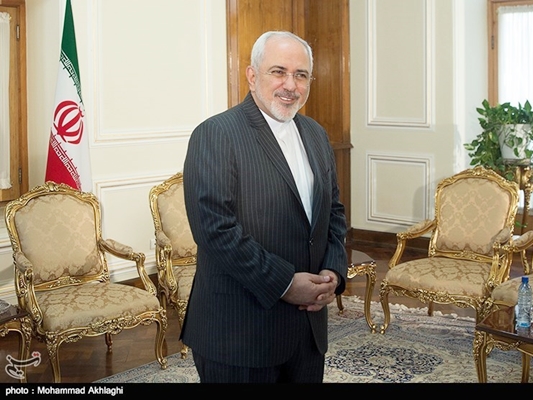 Iranian Foreign Minister Mohammad Javad Zarif held talks with the new ambassador of Belarus to Tehran and the outgoing Romanian ambassador on a range of issues, including ways to boost the Islamic Republic’s relations with the European countries in diverse fields.

In a Sunday meeting with newly-appointed Belarusian Ambassador to Iran Yuri Ivanovic Lazarcic, Zarif hailed Tehran-Minsk relations as close and called for further efforts to enhance ties between the two countries in various spheres.

The Iranian top diplomat further pointed the removal of anti-Iran sanctions, saying that the new conditions have paved the way for development of banking and trade cooperation between Iran and Belarus.

The Belarusian envoy, for his part, emphasized that during his tenure, he will make efforts to promote economic relations between his country and the Islamic Republic.

During the meeting, Ivanovic Lazarcic submitted a copy of his credentials to the Iranian foreign minister.

In a separate meeting with another European diplomat in Tehran on Sunday, Zarif and the outgoing ambassador of Romania to Tehran, Cristian Teodorescu, explored avenues for closer Tehran-Bucharest relations in various areas, economy in particular.

The meetings come against the backdrop of a new wave of interest in ties with Iran after Tehran and the Group 5+1 (Russia, China, the US, Britain, France and Germany) on July 14, 2015 reached a conclusion over the text of a comprehensive 159-page deal on Tehran’s nuclear program and started implementing it on January 16, 2016.