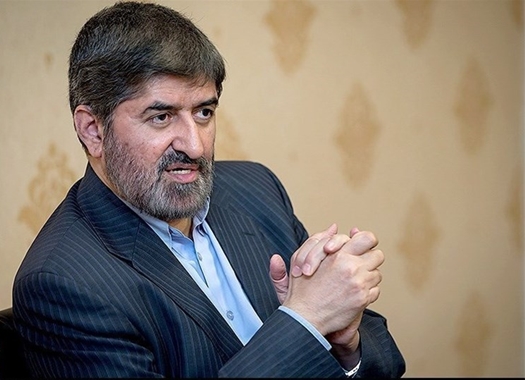 A senior Iranian lawmaker says the International Conference on Palestinian Intifada, which is underway in Tehran, as an accurate and necessary action to keep alive the issue of Palestine and the cause of liberating al-Quds.

The sixth International Conference on Palestinian Intifada is being held in Tehran, on February 21 and 22. “Together Supporting Palestine” is the motto of this conference.

“Overall, the issue of Palestine is an essential subject,” said Ali Motahari, the vice-speaker of Iran’s parliament.

“Under current circumstances, however, it is a matter of much greater urgency because the conflicts between different troops in the Middle East, Muslims included, overshadow it,” he noted, according to a Farsi report by ICANA.

He also referred to the presidency of Trump, who seemingly sides more with Israel, among the reasons why further attention should be paid to the issue of Palestine.

Motahari then thanked the conference organizers for taking such an accurate, necessary action. “Palestine must not be forgotten. It is an Islamic ideal that should be kept alive until Palestine and the holy Quds are liberated.”

He pointed that Israel is supporting such terrorists as ISIS to divert attention away from the Palestine issue, saying, “Israel pretends to be against the ISIS terrorist group; however, its actions and goals demonstrate its secret cooperation with terrorist groups.”

“Actually Iran has the upper hand in the region,” he remarked. “It has been successful, and the Axis of Resistance made notable advances after the liberation of Aleppo and the defeat of terrorists in Iraq. So we should be optimistic about the future of Islamic resistance in the region,” he went on to say.