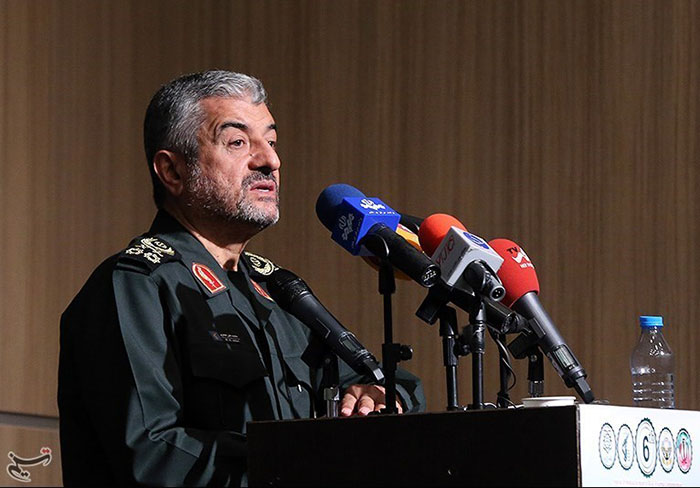 Commander of the Islamic Revolution Guards Corps (IRGC) Major General Mohammad Ali Jafari lashed out at the Israeli and Saudi regimes for their attempts to incite insecurity in Iran, saying the Islamic Republic has thwarted all of those plots.

Two regimes, which may seem unimaginable, such as Israel and Saudi Arabia, are making broad attempts and are in close contact with each other to create insecurity in Iran, the top commander said in a meeting in Tehran on Saturday, but underlined that all those hostile plots have been foiled by Iran.

Hailing the “popular sustainable security” in Iran, Major General Jafari added, “Today, the security domain has gone beyond the borders of our country, because one of the (Islamic) Revolution’s achievements has been the export of revolution.”

Pointing to the latest developments in Syria, the top commander described the liberation of Aleppo as “a big defeat” that the axis of resistance and the Islamic Revolution inflicted on the enemies, mainly the US and Israel.

In a statement on Thursday, Syria’s army announced it has regained full control over the northwestern city of Aleppo, clearing the city from foreign-backed terrorist groups after more than four years of fighting.

The Syrian security forces encircled Aleppo on July 17 after closing off the last terrorist-controlled route into the city.