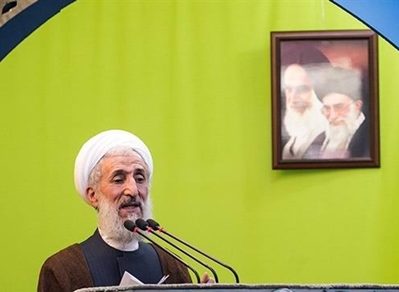 A senior Iranian cleric has said Israel’s ongoing attacks on Al-Aqsa Mosque in East Beit ol-Moqaddas (Jerusalem) will push the regime closer to its demise.

“These crimes that are being committed in occupied Palestine will lead to the shortening of the Zionist regime (of Israel)’s life,” Kazem Seddighi said in an address to worshipers during the Friday prayer in Tehran.

The Iranian cleric also criticized inaction on the part of the United Nations over the Israeli regime’s aggression against Al-Aqsa Mosque.

“These criminals (Israelis) are not confined by any boundaries and are not even bound by their own laws; and at the same time, the United Nations shows no reaction, either,” Seddighi said.

Israeli settlers and troops have been attacking worshipers at Al-Aqsa Mosque since September 13, following the deployment of Israeli forces to the area for the Jewish Rosh Hashanah New Year holiday.

Israel has imposed restrictions on entries into the mosque compound since August 26.

The Islamic Republic has officially called for the condemnation of the Israeli raids on the mosque by countries and world bodies.

Iran’s Foreign Ministry Spokeswoman Marzieh Afkham said on September 15 that all world countries, particularly Muslim states, and international bodies, especially the Organization of Islamic Cooperation (OIC) and the UN, are expected to react to the Israeli crimes.