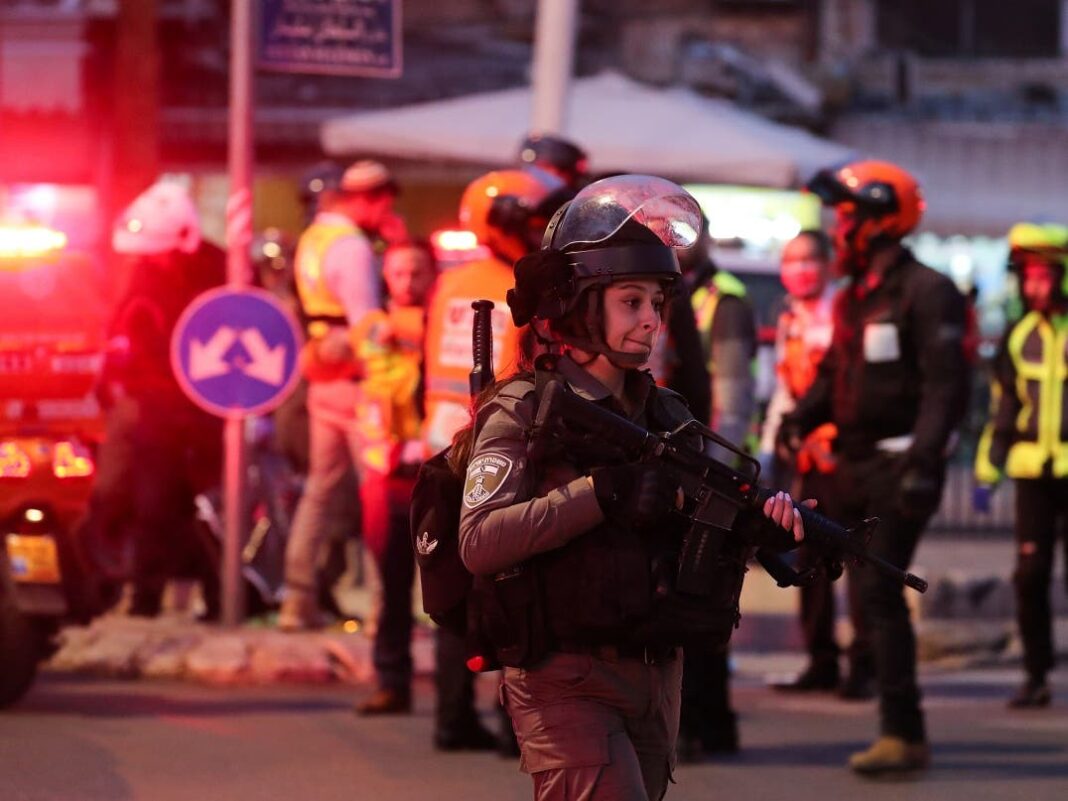 A Palestinian young man was killed on Saturday evening when Israeli police officers opened fire on him at point blank range in the vicinity of the Damascus Gate plaza in occupied Jerusalem.

The man was identified as Mohammad Shawkat Salima, 25, a resident of the West Bank province of Salfit.

Israeli reports claimed that the man, who was later identified, had attempted to stab Israeli police officers at the site prior to the incident.

The Palestinian Red Crescent Society (PRC) said the Israeli occupation forces denied access of its medics to the site of the shooting incident to provide Salima with first aid, shortly before he was announced dead.

PRC added at least three Palestinians were injured by Israeli gunfire during clashes which erupted in Jerusalem’s Old City in the aftermath of the deadly incident.

The President’s Office said in a statement that the latest crime was a continuity of Israel’s ongoing aggression on the Palestinian people that should not be tolerated.

The statement urged the international community to immediately act to stop Israel’s crimes, provide protection to the Palestinian people, end the occupation and create an independent State of Palestine with East Jerusalem as its capital.

The Palestinian Foreign Ministry has also called on “the International Criminal Court to break its unjustified silence and start its investigations into the crimes of the occupation and its settlers”.