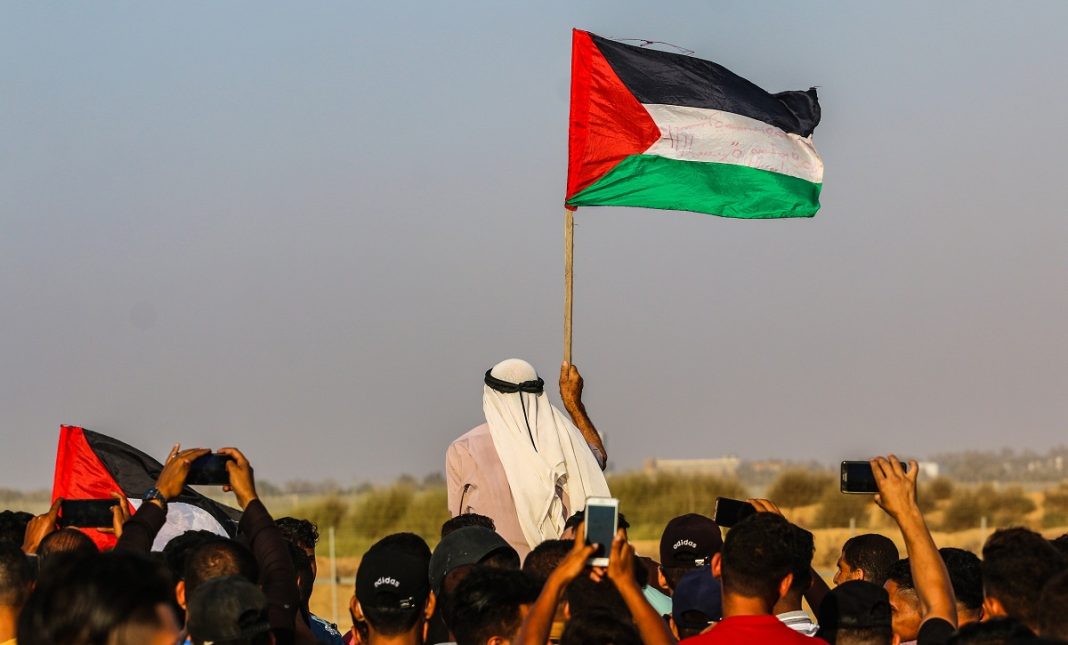 Israeli law does not outlaw Palestinian flags but police and soldiers have the right to remove them in cases where they deem there is a threat to public order.

The directive from Ben-Gvir, who heads the ultranationalist Jewish Power party in Benjamin Netanyahu’s new far-right government and as national security minister oversees the police, appears to signal a hardline and uncompromising attitude towards Palestinian expressions of identity and free speech and pro-Palestinian demonstrations.

The display of the Palestinian flag in Israel has, in practice, long been clamped down on by Israeli authorities, with Palestinians regarding such moves as an attempt to suppress Palestinian identity.

Ben-Gvir’s orders came after a mass anti-government protest in Tel Aviv on Saturday, where some demonstrators waved the Palestinian flag.

Protesters labelled the recently sworn-in government of Prime Minister Netanyahu as “fascist” and advocated for equality and coexistence between Palestinians and Israelis.

Writing on Twitter, Netanyahu on Sunday said the presence of the Palestinian flag at the Tel Aviv protest was “wild incitement”.

Ben-Gvir’s directive also follows the release last week of a long-serving Palestinian prisoner, convicted of kidnapping and killing an Israeli soldier in 1983, who waved a Palestinian flag while receiving a hero’s welcome in his village in northern Israel.

Ben-Gvir, in a statement, stated waving the Palestinian flag is an act in support of “terrorism”.

“It cannot be that lawbreakers wave terrorist flags, incite and encourage terrorism, so I ordered the removal of flags supporting terrorism from the public space and to stop the incitement against Israel,” Ben-Gvir added.

Palestinian citizens of Israel account for about one-fifth of the population and most are descendants of Palestinians who remained within the state after its formation in 1948, an event known to Palestinians as the Nakba, or catastrophe.

The majority of the population of pre-1948 historic Palestine had been Palestinians.

They have long debated their place in Israel’s politics, balancing their Palestinian heritage with their Israeli citizenship, with the vast majority identifying as or with the Palestinians.

Many Palestinians, both in Israel and in the occupied territory, are fearful of the new government’s policies towards them, in light of the strong presence of far-right settler groups within it, with Ben-Gvir in particular previously convicted of inciting racism towards Arabs.

In some of its first moves over the past few days, the Israeli government rescinded the travel permit of the Palestinian Foreign Minister Riad al-Malki on Sunday and decided to withhold $39m in revenues from the Palestinian Authority on Friday.

The decisions were part of an effort to penalise Palestinians for asking the International Court of Justice to give an opinion on the Israeli occupation, which is illegal under international law.