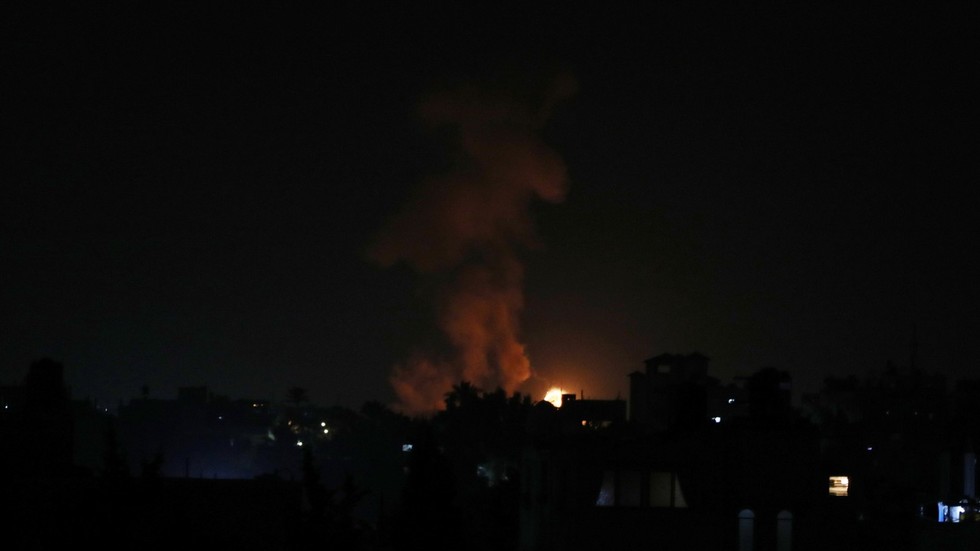 The night sky of the Palestinian enclave of Gaza was set alight as the Israeli warplanes pounded the densely populated strip.

The regime’s fighter jets attacked three sites in and around Khan Younis in the south of the Gaza Strip causing fire and damage to property nearby.

Israel claims the attack was in retaliation to the firing of incendiary balloons from Gaza into bordering towns causing fire in the fields.