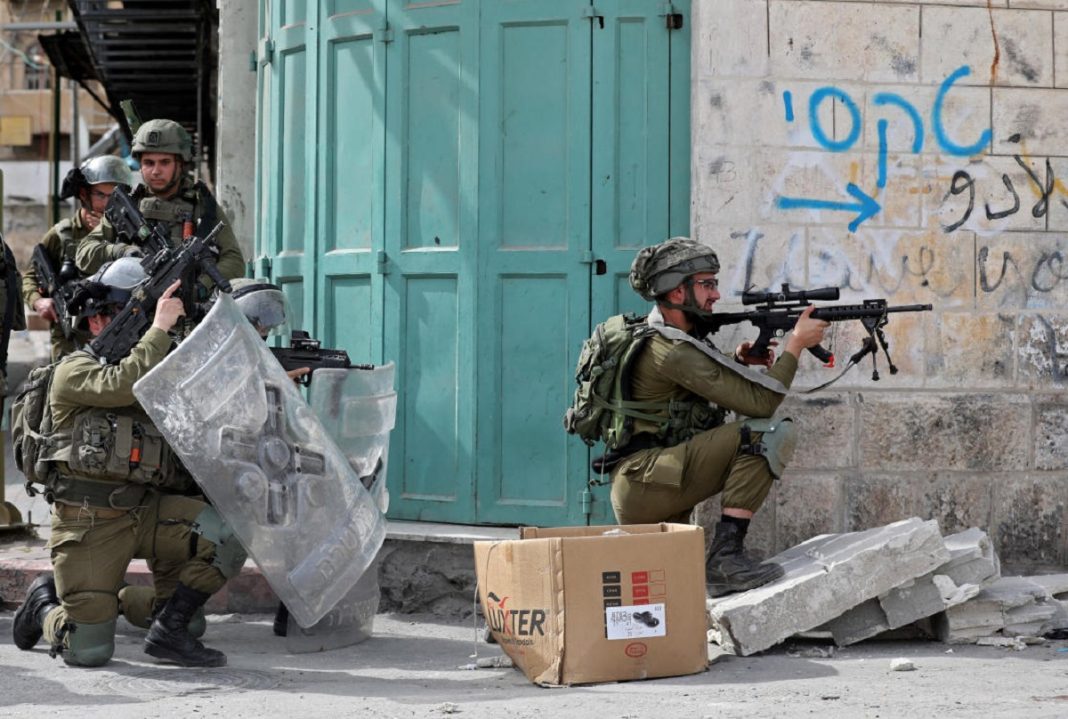 Israeli forces have shot dead three Palestinians, said to be members of the Islamic Jihad movement, in the occupied West Bank city of Jenin amid the escalation of Israeli violence in the Palestinian territories.

The deaths of the three who were reportedly members of the al-Quds Brigades – the armed wing of the Palestinian Islamic Jihad movement – came on the first day of the holy fasting month of Ramadan.

The Palestinian Ma’an news agency said the incident took place at dawn on Saturday when Israeli soldiers opened fire at the trio’s car near the entrance to Arraba town, southwest of Jenin.

Citing eyewitnesses, Ma’an added the Israeli occupation forces prevented the ambulances of the Palestinian Red Crescent from reaching the place and informed them at a later time that they did not intend to hand over the bodies of the martyrs and continue to detain them.

The Israeli soldiers also confiscated the car in which the three Palestinians were traveling.

The news agency said the shooting was carried out by special forces from the Israeli police, the occupying regime’s military and Israel’s spy agency the Shin Bet.

The Palestinian resistance movement confirmed the killing of its three members, identifying them as Khalil Tawalbeh, 24 years from Jenin, Saif Abu Libdeh, 25 years from Tulkarm, and Saeb Abahra, 30 years from Jenin.

The Palestinian resistance movement described the incident as an aggression against all the Palestinian people, noting that the crime constituted an assault on the sanctity of the holy month of Ramadan.

Holding the Israeli regime fully responsible for the killing, the group stressed that the blood of its three members would not be in vain, saying, “The [other] members will continue their path, and they will continue to fight the enemy, confront it and respond to its crimes with determination and steadfastness, no matter what the sacrifices may be.”

Palestinian media reported the 29-year-old Palestinian, identified as Ahmad Younes al-Atrash, was killed after being shot by Israeli soldiers at al-Shalala Street in the center of the occupied West Bank city.

Al-Atrash was reportedly a former prisoner in Israeli prisons where he served six years as a political inmate.

The Palestinian Ministry of Foreign Affairs and Expatriates condemned in a statement the killing of Al-Atrash, saying, “Such crimes are a practical translation of the instructions and directives of the political level in the occupying regime, which make it easier for soldiers to use live bullets with the aim of killing against Palestinian citizens.”

The ministry also added that the heinous crime exposes the falseness of the occupation’s allegations and its deceptive calls for calm.

Tensions have been running high across the Palestinian territories in recent months.

On Tuesday night, a Palestinian man identified as Diaa Hamarsheh killed five people, including a policeman, before being shot dead in the ultra-orthodox town of Bnei Brak east of Tel Aviv.

On Sunday, two Palestinian gunmen killed two Israeli security forces and wounded four others in a retaliatory shooting attack in the northern Israeli city of Hadera before being shot dead.

That followed an attack on March 22, when a Palestinian man was fatally shot over an alleged stabbing attack near a shopping center in the southern Israeli city of Beersheba, which left four Israeli settlers dead.

In recent days, some 11 Israelis, including officers, were killed in three separate operations inside the Israeli-occupied territories by Palestinians in a surge of violence not witnessed in years.

Tensions first escalated across the Palestinian territories on February 13, when Israeli forces and illegal settlers renewed their attacks against Palestinians in the Sheikh Jarrah neighborhood of the occupied al-Quds.

The neighborhood has been the scene of frequent crackdowns by Israeli regime forces on the Palestinians protesting against the threatened expulsion of dozens of families from their homes in favor of Israeli settler groups.

The initial tensions that erupted in Sheikh Jarrah last year in part sparked a May 2021 war between the Israeli regime and resistance groups in the Gaza Strip.