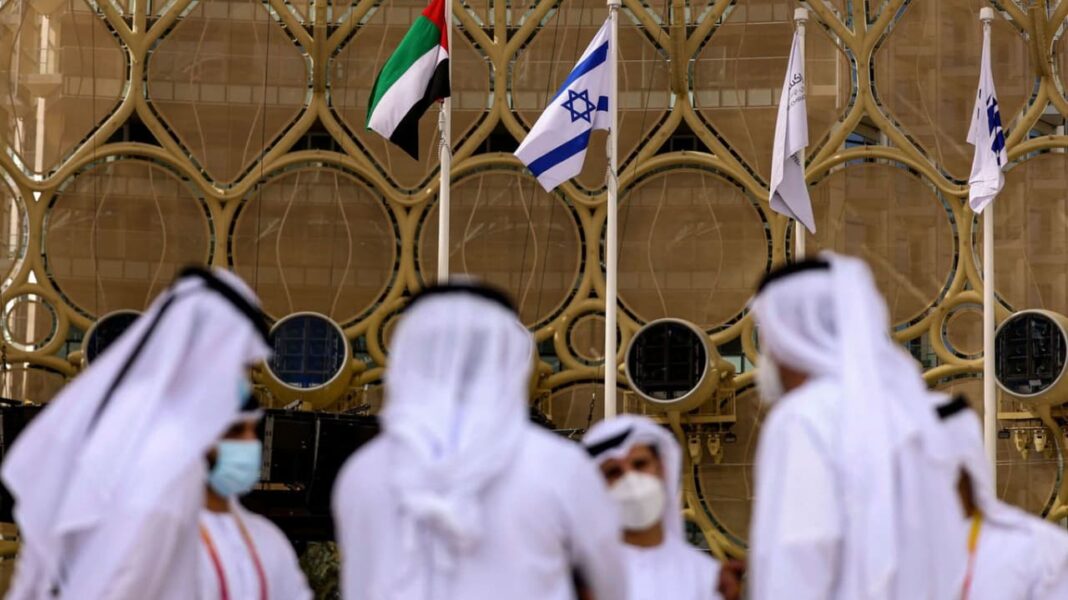 The unprecedented missile and drone attacks by Yemeni troops have rattled the UAE and led it to look for ways to bolster its defenses against future strikes.

Israel and the UAE had a back-channel defense and intelligence relationship for more than two decades that only became more public after the signing of the Abraham Accords in 2020.

The Yemen’s Houthis have launched at least three recent attacks targeting the UAE, which is a member of the Saudi-led coalition that has waged an aerial campaign against Yemen since 2015.

A Houthi military spokesperson this week threatened to continue the attacks on the Persian Gulf country, linking them to the ties between the UAE and Israel.

The officials tell me one critical field that was discussed was detection and early warning.

Emirati ambassador to Washington Yousef Al Otaiba and ambassador to the UN Lana Nusseibeh wrote in a Wall Street Journal op-ed on Monday that the Joe Biden administration and other world powers should deploy sanctions against the Houthis to pressure them to agree to a ceasefire.

Secretary of Defense Lloyd Austin spoke to MBZ and stressed that Washington will continue to provide early warning intelligence and collaborate on air defense, the Pentagon said.

Austin told MBZ the U.S. will send the Navy guided-missile destroyer USS Cole to the UAE and will deploy F-18 and F-22 fighter jets in the UAE.

Israel’s Ministry of Defense and national security agencies are expected to discuss the Emirati requests in the coming days, Israeli officials told Axios.

The officials say they want to help the UAE as much as they can while not jeopardizing sensitive technology that Israel doesn’t want shared.

Gen. Frank McKenzie, the outgoing commander of U.S. Central Command, is also expected to visit the UAE next week for further discussion on bolstering defense cooperation, a source with direct knowledge of the issue added.

On Thursday, the UAE announced it intercepted three drones that entered its airspace over unpopulated areas early on Wednesday in the fourth such attack on the Persian Gulf commercial and tourism hub in the past few weeks.

The Houthis have not yet announced a new operation and Wednesday’s drones attack was claimed by a little-known group calling itself the “True Promise Brigades”, according to U.S.-based SITE Intelligence Group. The group’s only other claim was in January 2021, when it said it launched a drone at Saudi Arabia.

The UAE Defense Ministry said it was “ready to deal with any threats” and was taking “all necessary measures” to protect the country which prizes its reputation as a safe business haven.