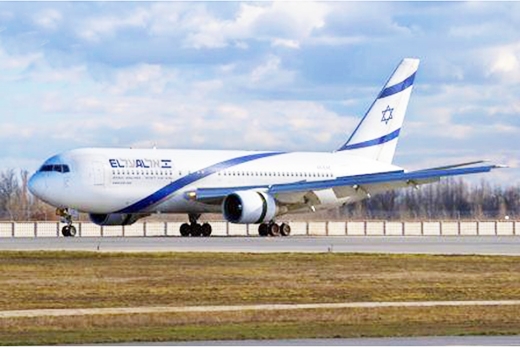 Without resort to war, the issue of Israel will be settled by the residents of the Palestinian territories in the next 25 years, Shirmardi predicted.

Having made a strategic miscalculation, the Zionists wrongly assume that they are locked in a showdown with a political current or an opposition party in the Palestinian territories.

In an opinion piece, Seyyed Yadollah Shirmardi has described the collapse of the Zionist regime of Israel as inevitable, predicting a “post-Israel challenge” for the West.

He has predicted that without resort to war or invasion, by 2030 people living in Gaza and the West Bank, including Muslims, Christians and Jews will have formed the state of Palestine in a democratic way in a land where there will be no trace of the Zionist regime of Israel.

What follows is the translation of part of the piece published by Tasnim News Agency on September 16:

The Supreme Leader’s comments that the Zionist regime of Israel won’t be around 25 years from now have raised the ire of senior Zionist officials and Israeli media.

The Leader openly said, “After the conclusion of nuclear talks between Iran and P5+1, the Zionists in the occupied territories have said that the talks have alleviated their concern about Iran for 25 years and that they will address the issue in 25 years. In response, I must say that first of all, you won’t last that long and hopefully, with God’s grace there will be no such thing as the Zionist regime in the region in 25 years. Secondly, the spirit of Islamic jihad in the meantime won’t let the Zionists feel comfortable for a moment. Nations have awakened and they know who their enemies are although governments and propaganda machines seek to misrepresent friends as foes; they should know that those efforts will lead nowhere.”

The judicious Leader has highlighted a concrete and inevitable fact that even Israeli allies have admitted to. A 2009 report by the Central Intelligence Agency (CIA) has predicted that Israel will collapse in 20 years and afterwards the 1948 and 1967 refugees will return home.

Recalling the return of over 1.5 million Israelis to Russia and Europe, the study has warned the US about a danger and said that there are over 500,000 Israelis with American passports; more than 300,000 of them live in California alone.

In fact, today US intelligence agencies are preoccupied with the post-Israel era more than ever before, wondering what will become of millions of Israelis living in the occupied territories in case the false regime collapses.

In the aftermath of 9/11, the Americans assumed that through deployment of troops to Western Asia, they could throw a lifeline to this illegitimate regime. However, they were ignorant of the fact that the noose is around the neck of Israel and as it is pulled further up, it pushes the regime closer to suffocation.

The final war has its roots in a number of cultural, social and economic factors which have imploded the regime already.

Among other things, the reverse migration of the Zionists to their ancestral lands, growing insecurity in the occupied territories, mounting pressures [on Israel] generated by the armament of the West Bank and possession by Hamas of modern military equipment in Gaza, the political and military ascendance of the Lebanese Hezbollah to the north of Israel, corruption and unethical behavior of Zionist citizens, a decline in religious zeal of the third and fourth generation Zionists in the occupied territories in comparison with the previous generation, and the higher reproduction rate of Palestinians as opposed to the Zionists have weakened the regime which is already as wobbly as a spider’s web.

In 2030, there will be no need for military unity among Muslim countries to take on Israel and with God’s grace, the Palestinian people in Gaza and the West Bank will settle the issue of Israel on their own once and for all and form a Palestinian state where Muslims, Christens and Jews share power in proportion to their population.

At the close of the piece, Shirmardi recalled the plots of the US and its allies to infiltrate the Islamic Republic of Iran’s pillars of power to chip away at the resolve of the Iranian nation to resist and said, “The US and its allies need to brace for the post-Israel era.”