Is Saudi Arabia in Retreat after 650 Days of War on Yemen? 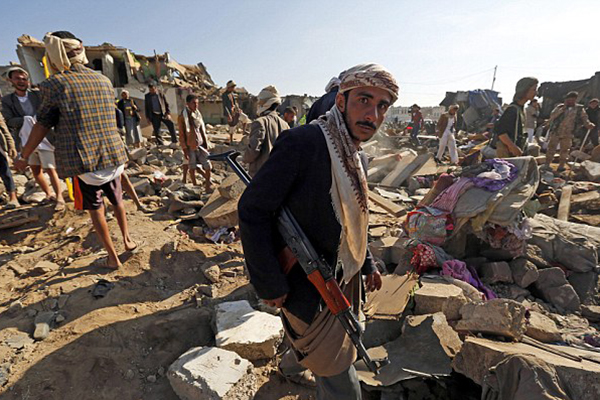 In recent months, Saudi Arabia has been showing signals of retreat from the war it waged nearly two years ago on the impoverished people of Yemen.

According to a Farsi report by Kayhan, 22 months after the beginning of Saudi invasion of Yemen, on the eve of the anniversary of Saudi king’s coronation, which is called “Allegiance with Salman”, Adel Al-Jubeir, the Foreign Minister of Saudi Arabia, announced that his country prefers political solutions in Syria, Libya and Yemen!

He stated that due to previous experiences in dealing with security challenges, increasing terrorism, and foreign interventions in Saudi Arabia affairs to undermine its domestic security, King Salman of Saudi Arabia is trying to adopt a stable, moderate policy toward regional issues.

Yemen has been under military strikes by Saudi Arabia since March 26, 2015. The Saudi war was launched in a bid to undermine the Houthi Ansarullah movement and restore power to former president Abd Rabbuh Mansour Hadi, who has resigned as Yemen’s president but seeks to grab power.