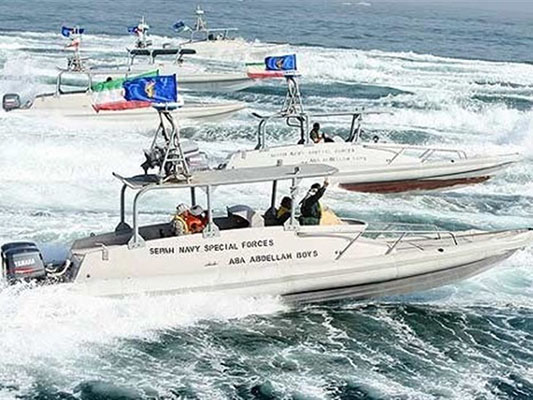 The Islamic Revolution Guards Corps (IRGC) Navy in a statement on Wednesday warned Saudi Arabia against any move under the pretext of military drills which would endanger security and stir tension in the Persian Gulf.

“We declare to all the vessels present in Saudi Arabia’s stated war games, including the Saudi navy’s vessels and others, that the IRGC Navy believes these drills are principally a clear instance of stirring tensions and weakening sustainable security in the Persian Gulf,” the statement said.

Amid the Saudi navy’s drills in the Persian Gulf and Strait of Hormuz, the statement stressed that passage of the military vessels participating in the war games through Iran’s territorial waters will not be allowed at all.

It further warned Saudis not to even sail through the international waters near the Iranian waters.

The Saudi media had reported late September that the country’s navy will hold exercises in the Persian Gulf and the strategic Strait of Hormuz soon, as repored by Al Manar.

Gulf Shield 1 is part of a series of exercises the fleet has carried out in the area, Sultan said in comments cited by the official Saudi Press Agency.

The manoeuvres aim to “raise combat readiness” and improve skills for defending the country’s borders, protecting sea lanes “and to deter any aggression or potential terrorist operations”, the SPA report said.