IRGC Commander: Iran to Stage More Drills after US Opposition 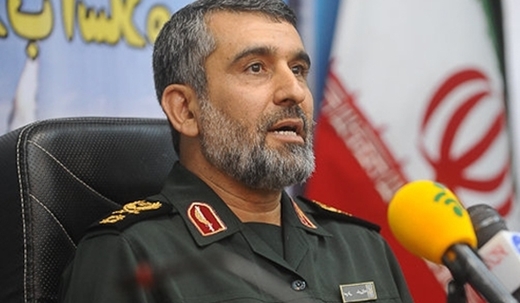 The Commander of the Islamic Revolution Guards Corps (IRGC) Aerospace Force, Brigadier General Amir Ali Hajizadeh, blasted the US for its interference in Iran's internal affairs, and said the country will hold more wargames after Washington's recent opposition.

“We will not cancel any drills and will improve them and make them more frequent,” Hajizadeh told reporters in Tehran on Monday May 16.

He underlined that, with the US failure to comply with its undertakings under the nuclear deal, Iranian officials now attach more importance to making progress in different fields, including military areas, to defend the country.

In relevant remarks on Saturday, Hajizadeh stressed Iran’s continued progress in developing its missile industry, and said any weakness in this regard will make the US more arrogant in making excessive demands from Tehran.

“The Americans merely understand the language of power and force. They don’t understand logic and cannot be trusted. We should stand against them decisively, otherwise we will witness their excessive and cruel demands every day,” Hajizadeh said, addressing a gathering in the central city of Qom.

He referred to the US scenario of pressures and threats against Iran’s missile program, and warned that any compromise in this field will further embolden the Americans to eventually demand Iran to dismantle its missile industry.

“Of course they have miscalculated, and this will never happen,” he stressed.