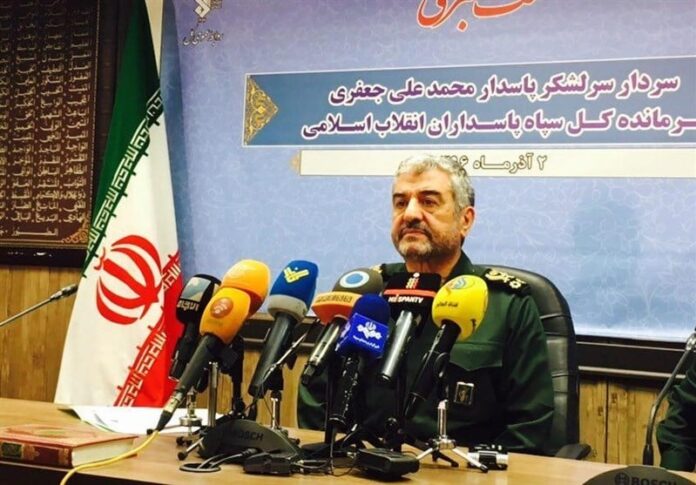 In a speech on Saturday, Major General Jafari praised recent military achievements of the anti-Israeli Resistance Front and said, “We have witnessed divine assistance in Syria, Iraq, and Yemen.”

The recent shooting down of an Israeli fighter jet, which occurred for the first time, was one example of the divine assistance,” the commander said.

He further expressed the hope that the victories of the Resistance fighters would continue in future, saying that, with the help of God, all those who are fighting for Islam, would hold prayers in the holy Quds one day.

Last month, the Syrian military downed an intruding Israeli F-16 warplane returning from a bombing raid on an army base in central Syria.

The Israeli military confirmed that one F-16 had gone down in northern Israel and that its two pilots had ejected and had been located and transferred to hospital. It later announced that one of the pilots was in serious condition.

Over the past years, Israel has frequently attacked targets in Syria, often claiming that it hit positions or convoys belonging to Iran. This is while Iran has no military presence in Syrian territory, only offering advisory military assistance to the Syrian government fighting an all-out foreign-sponsored militancy.