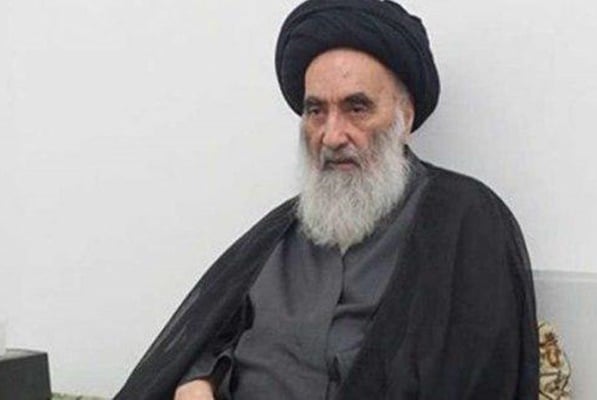 Iraq’s top Shiite cleric Grand Ayatollah Ali al-Sistani is reportedly opposed to the candidacy of former Iraqi officials for the post of prime minister, according to a source.

Some media reports had earlier quoted a number of Iraqi lawmakers as saying Ayatollah Sistani has explicitly named a number of politicians and expressed his opposition to their candidacy for premiership.

However, a source close to Ayatollah Sistani’s office said the media reports on his interference in Iraq’s politics are absurd, a report by Kurdpress said.

“Ayatollah Sistani has never explicitly expressed his opposition to the candidacy of any politician for premiership,” the source said, speaking on condition of anonymity.

According to the source, in direct or indirect talks with various politicians who asked for his advice, the top cleric pointed out that he would not put his weight behind any party or independent candidate who used to be in power before.

“Ayatollah Sistani also said most Iraqis do not any more trust such politicians to fight against corruption and to build a bright future for the country,” he said.

The top cleric also said that if there is a new, competent, qualified and determined candidate who sticks to the guidance offered by him in July, he would establish connection and offer his solutions in line with the national interests of Iraq; otherwise, the source said, he would continue to boycott the politicians and stand behind the oppressed people of Iraq.

Earlier, Sabah al-Saedi from the Sairoon Alliance said he was informed that the top Shiite cleric had refused five of the proposed names for the premiership.

Saedi added that Haider al-Abadi, Nouri al-Maliki, Hadi al-Amiri, Falih Alfayyadh and Tariq Najm “have no luck in holding a premiership post in the next Iraqi cabinet.”