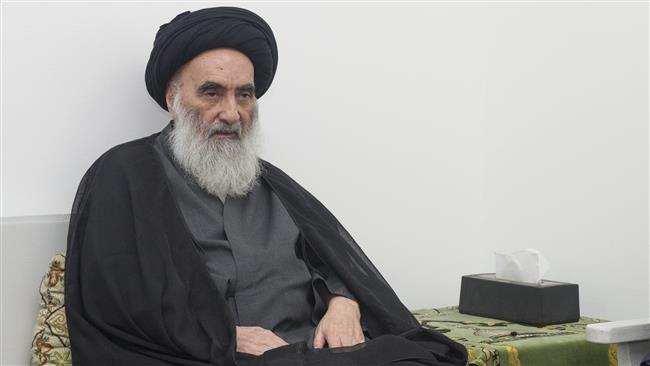 Iraq’s top Shia cleric Grand Ayatollah Ali al-Sistani has condemned a controversial decision by the United States to recognize Jerusalem al-Quds as the “capital” of Israel, saying the occupied city must return to its Palestinian owners.

Ayatollah Sistan’s office issued a statement on Thursday and said Washington’s move “hurts the feelings of hundreds of millions of Arabs, Muslims.”

The statement came after US President Donald Trump defied overwhelming international opposition and said his country will recognize Jerusalem al-Quds as the “capital” of Israel, directing the State Department to prepare for moving the US embassy from Tel Aviv.

The announcement has triggered a chorus of condemnations from around the world.

“This decision is condemned and decried, it hurt the feelings of hundreds of millions of Arabs and Muslims,” it said. “But it won’t change the reality that Jerusalem is an occupied land which should return to the sovereignty of its Palestinian owners no matter how long it takes.”

The statement also called on the Muslim world “to combine its efforts” towards that goal.

The Iraqi government on Thursday slammed Trump’s announcement and called on Washington to backtrack on the move.

“The US administration has to backtrack on this decision to stop any dangerous escalation that would fuel extremism and create conditions favorable to terrorism,” a government statement said.

Iraq’s Foreign Ministry spokesman said it had summoned the US ambassador in Baghdad to hand him a memo protesting Trump’s decision.

The UN Security Council has also announced an emergency session on the US move on Friday upon a request by eight member states.