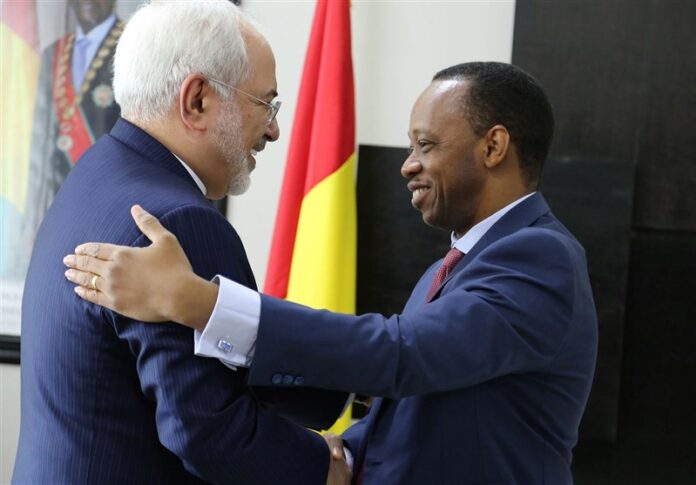 During his stay in Conakry on Wednesday, the top Iranian diplomat met separately with Guinea’s president, prime minister, parliament speaker and foreign minister to discuss a range of issues, mainly political and economic cooperation between the two nations.

In a meeting with Guinean Prime Minister Mamady Youla, Zarif referred to a big economic delegation accompanying him in the visit as harbinger of a new chapter in the bilateral trade ties.

Youla also highlighted the ample investment opportunities available in Guinea, saying his country is eager to work with the Iranian companies.

The Republic of Guinea is a mineral-rich country in the West coast of Africa by the Atlantic Ocean. Its economy largely depends on agriculture, but also has rich deposits of diamond and gold.

The Iranian foreign minister started a four-nation tour of West Africa on Monday, which took him earlier to Nigeria and Ghana. He will leave Guinea for Mali on Thursday.

Back in February 2015, Zarif took another tour of Africa, and travelled to Kenya, Uganda, Burundi and Tanzania with a high-ranking political and economic delegation.