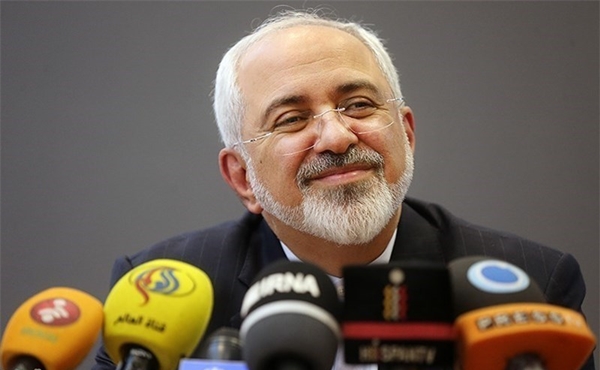 Foreign Minister Zarif has asked the ECO members to back efforts at national, regional and global levels to help achieve lasting peace, stability and prosperity in the ECO region.

Extraordinary Session of the Council of Ministers

of the Economic Cooperation Organization

Allow me at the outset to express my deep gratitude to all colleagues for participating in this Meeting despite their heavy schedules in New York. I wish to congratulate and welcome H.E. Mr. Halil Ibrahim Akcha, the new Secretary General of the Economic Cooperation Organization and wish him every success.

Almost two years have passed since we last met in Tehran in November 2013, during the 21st Meeting of the ECO Council of Ministers. In this period, a number of developments have taken place within the Organization including the holding of RPC Meetings and Sectoral Ministerial Meetings, implementation of certain joint projects, formulation of the new vision for ECO during 2016-2025, and appointment of our new Secretary General and Deputy Secretaries General.

Since our last Ministerial Meeting, tangible progress has been made in the transport sector. The ECO new railway corridor connecting Iran, Turkmenistan and Kazakhstan was officially inaugurated by the Presidents of the three member-states on 3rd December 2014 in Inche-Boroon, and is expected to be a convenient and cost-effective route for cargo transportation with a view to boosting and facilitating the regional and international trade and transit cooperation.

Moreover, strengthening regional cooperation in the field of energy through, inter alia, making efforts for the establishment of the ECO Regional Electricity Market, has been an important achievement within the Organization. In this context, the first trilateral meeting between Iran, Turkey and ECO secretariat was held in September 2014 in Ankara. We are of the view that there is a strong need for the establishment of the ECO Regional Electricity Market and invite Member States to take necessary steps to facilitate this process. We also believe that the idea of establishing a Trust Fund for financing high priority ECO regional energy projects, which was raised during the Third ECO Ministerial Meeting on Energy/Petroleum in March 2013 in Tehran, needs special attention.

More than two decades of collective attempts have resulted in varying degrees of maturity and success in different layers and areas of regional cooperation within ECO region. The Organization has been successful in forging a range of cooperation frameworks. However, we are still away from full realization of objectives of our Organization.

In the third decade of its expansion, cooperation within ECO can bring about meaningful benefits to all Member States. This requires the continued and enhanced support lent to ECO by all its Members.

Along the line of strengthening the ECO integrity through wider inclusiveness and enhanced ownership, there is a need to explore, and remain open to needed regulatory, institutional, budgetary and other changes within the Organization. The envisaged reform is a common responsibility of the Membership and the Secretariat alike, which entails mandates to be given by the Council of Ministers.

Allow me to conclude by recalling a number of relevant issues to the Organization which require greater attention by Member States:

–          First, the Economic Cooperation Organization provides a unique opportunity for the Member States and the whole Region. However, ECO in the third decade of its expanded cooperation needs a series of reform measures. We need to explore the possibility and scope of the required reforms and make necessary decisions accordingly. Any reform process shall be built on the experience gained from the last two decades with a view to enabling ECO to respond to the needs and requirements of Member States and the Region as a whole.

–          Secondly, based on the deliberations of Member States during the 25th RPC Meeting in Tehran, the Secretariat initiated formulation of a new ECO Vision for the period 2016-2025. We are currently in the process of considering the first draft and later finalizing recommendations for the ECO Vision 2016-2025. In view of the rapid socio-economic, political and scientific developments taking place at the regional and global levels, we need to define our Vision in a manner to enhance regional cooperation and economic development. To this end, we should develop and implement strategies in the next decade in such areas as energy, transport and transit, trade, management of region’s resources, human development, environment, and natural disaster risk management. In this context, the “2030 Agenda for Sustainable Development” can be utilized as a roadmap. We shall opt for real measures to implement this ambitious agenda. We believe that the agreed principles of “country ownership” and “common but differentiated responsibilities”, with an emphasis on the development orientation of the three pillars, should remain the cornerstones of our common endeavors.

–          Thirdly, there is a strong interdependence between peace and development; peace and stability are essential for realizing the genuine goals of sustainable development and welfare of our countries and peoples. We should recommit ourselves to continue supporting the national, regional and global efforts to achieve lasting peace, stability and prosperity in our region.

–          Finally, we need to be mindful of the global efforts aimed at addressing the challenges facing the international community. In doing so, we should give priority to the immediate needs and concerns of our region and its people. To that end, benefiting from relevant international and regional organizations need to be taken into consideration and cooperation with those which have already established relations with ECO should be strengthened.

We have a full agenda that we need to cover this morning as scheduled and agreed. Our task has been facilitated by a special meeting of the Council of Permanent Representatives, acting as the Senior Officials Meeting, which was convened in Tehran on 20th September 2015, and reviewed comprehensively the agenda in front of us. I count on every delegation’s support and cooperation to enable us to conclude our work in a smooth and successful manner.