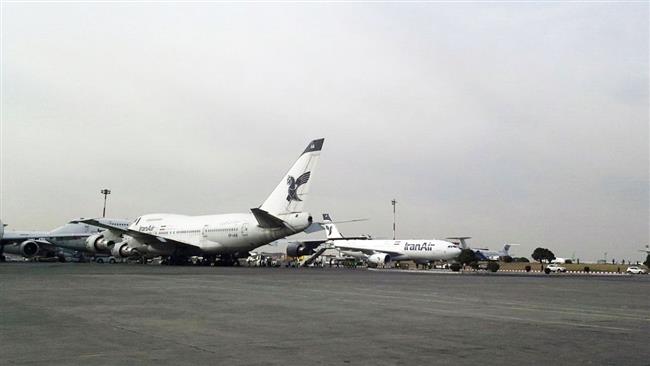 A second airplane purchased by Iran through a major post-sanctions deal with the European aviation giant Airbus has landed in the capital, Tehran.

The Airbus A330-200 took off from the French city of Toulouse on Saturday and landed at Tehran’s Mehrabad International Airport later in the day.

The aircraft had been officially delivered to Iran earlier in Toulouse. It will now be operated by Iran’s national flag carrier Iran Air.

The plane, which has 32 business class and 206 economy class seats, is suitable for long-distance flights.

Its delivery to Iran was made possible under a 18-billion-dollar deal Iran signed with Airbus last year to purchase 100 new planes, including 46 aircraft from the A320 family, 38 from the A330 family, and 16 from the A350 XWB.

Iran Air is also expected to finalize an accord with European manufacturer ATR to purchase 20 turboprops.

The agreements came after the restrictions imposed on Iran’s aviation industry were lifted following a nuclear agreement known as the Joint Comprehensive Plan of Action (JCPOA).

The JCPOA was negotiated between Iran and the P5+1 countries — the United States, Britain, France, China and Russia plus Germany. It was finalized on July 14, 2015 and started being implemented on January 16, 2016.

Under the deal, limits were put on Iran’s nuclear activities in exchange for, among other things, the removal of all nuclear-related bans against the Islamic Republic.