Iran’s Roads Minister to Be Impeached in Coming Days 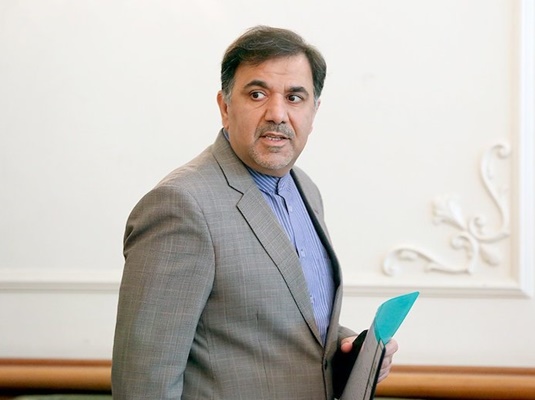 Speaker of Iran’s Parliament Ali Larijani declared that Minister of Roads and Urban Development Abbas Akhoundi will be impeached this weekend.

Speaking at an open session of the parliament on Tuesday afternoon, Larijani said the roads minister has been notified of the upcoming impeachment.

He added that the presiding board of the parliament has decided to hold the impeachment session on Sunday, Tasnim reported.

The request has been signed by 34 parliamentarians who cited his weak performance that led to a terrible train collision in November, one of the worst rail accidents in Iran in recent memory.

Forty-nine died and 103 were injured in what has become a national scandal and prompted the resignation of the head of Islamic Republic of Iran Railways, Mohsen Pourseyyed-Aqaei.

The disaster occurred when a passenger train hit another that had stopped near Haft-Khan Station on the railroad linking the cities of Semnan and Damghan in northeast Iran. The cause was described as “human error”.

Akhoundi’s weak response to previous transport accidents, lack of transparency in transport contracts and poor management of the housing sector were among other reasons mentioned in the text of the motion, Financial Tribune reported.

In 2015, Akhoundi managed to survive an impeachment vote in the previous conservative-dominated parliament. If it goes ahead, this will be the fourth impeachment of ministers from the administration of President Hassan Rouhani.