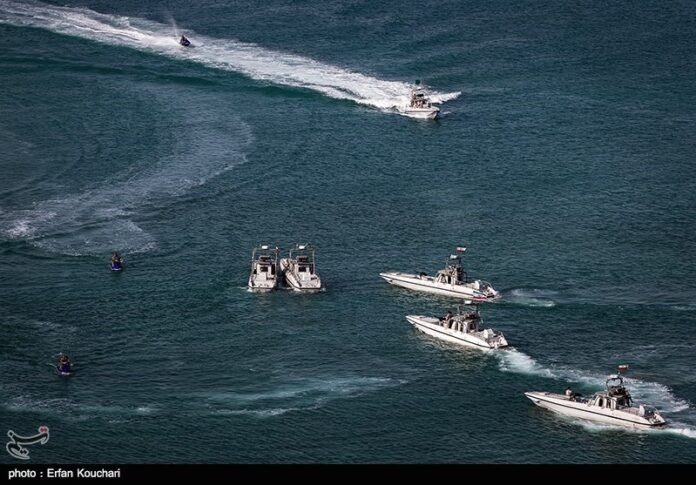 The Iranian Navy wrapped up a week-long naval war game in the country’s southeastern waters on Sunday with parades in the presence of highest-ranking military commanders.

Code-named “Velayat 94”, the war games whose tactical stage began on January 27, came to an end with a massive naval parade involving a range of watercraft and naval units.

The war game covered an area of around 3 million square kilometers, stretching from east of the strategic Strait of Hormuz to the northern parts of the Indian Ocean, known as the 10-degrees latitude.

Chief of Staff of the Iranian Armed Forces Major General Hassan Firouzabadi and Army Commander Major General Ataollah Salehi were among the figures that reviewed the naval forces on parade at the conclusion of the large-scale drills.

A range of homegrown warships, destroyers, frigates and submarines were employed in the exercises. A new tactical naval radar was also unveiled during the drill.

On Wednesday, the units engaged in the war game shooed away a US warship and a fighter jet that had approached the drill zone.

The Iranian forces also fired different types of coast-to-sea and sea-to-sea cruise missiles and advanced torpedoes in the drill.

Naval exercises are not rare in Iran’s southern waters, in the Persian Gulf and the Sea of Oman and around the strategic Strait of Hormuz.

The Navy usually unveils a series of latest military equipment in its drills.