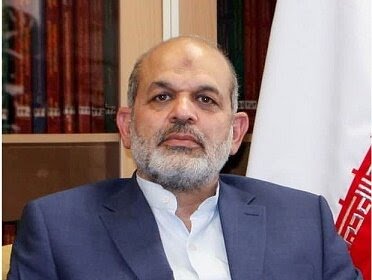 Iran’s Interior Minister Vahid Amiri says today the Islamic Republic is a beacon of hope, a role model of resistance and perseverance for the oppressed nations in the face of arrogant powers.

Vahidi said, “Just imagine a world without the Islamic Republic; then what would happen to the world and on whom would the Palestinian people pin their hope as they fought for their rights?”

The Iranian interior minister said the Islamic Republic of Iran is today a glimmer of hope for human beings and makes them hopeful for a great future.

Vahidi said the global arrogance has waged a propaganda campaign and economic war against Iran because of its support for the oppressed of the world.

He added that the US accuses Iran of human rights violations while it killed several people inside its legislature because they were protesting at the result of the presidential election.

He also said Canada has been violating the rights of it indigenous people, dismissing Ottawa’s allegations against Iran.

Vahidi also praised the achievements of the 13th government in Iran. He said the administration of President Raeisi is the symbol of relentless fight against oppression and symbol of reliance on domestic capacities.

He added that momentum is on Iran’s side in terms of using domestic possibilities and that Iran will prevail in this way.