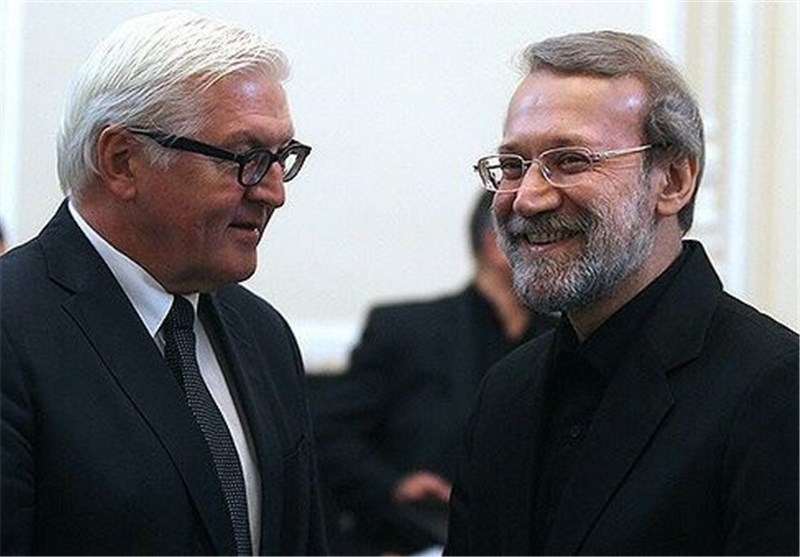 Speaker of Iran’s Parliament Ali Larijani said on Wednesday that if certain negotiating sides to the ongoing Syria talks in the Swiss city of Geneva do not change their approaches, continuation of talks would be ridiculous.

Certain countries sitting at the negotiating table to resolve the Syrian crisis pursue their own interests and make instrumental use of terrorism, Larijani said in a meeting with German Foreign Minister Frank-Walter Steinmeier here in Tehran.

Unless their approaches are corrected, continuation of the Syria talks would be more like a “joke”, he stated.

“Unfortunately, there are certain countries in the region that do not play a positive role but provoke conflicts and help terrorism,” Larijani stressed.

He lashed out at the Saudi regime’s military approach in the Middle East, saying such an attitude would get nowhere just as the Americans could not achieve anything by invading Iraq and Afghanistan.

Steinmeier, for his part, referred to the unresolved crises and tensions that have escalated in the Middle East as what worries Berlin.

“I am sure Iran and Germany are keen to have regional issues resolved, because we have now experienced the sweet taste of bilateral ties,” he added.