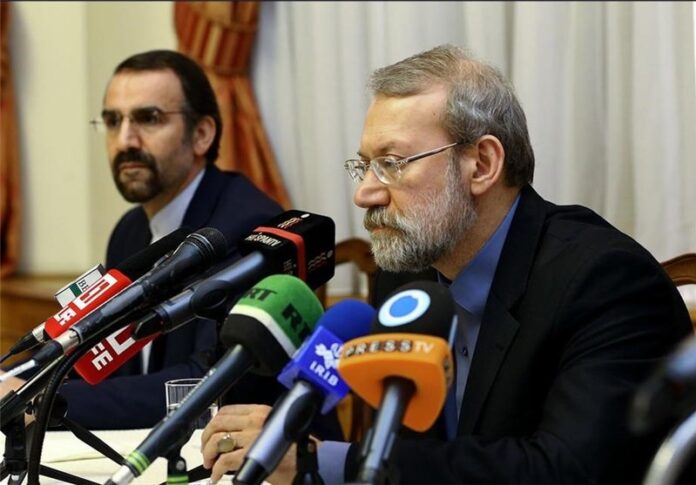 Iran’s Parliament Speaker Ali Larijani said the Afghan government has made some progress in its fight against terrorism, calling for regional countries’ assistance in the anti-terrorism campaign.

Larijani held a meeting with his Afghan counterpart in the Russian capital, Moscow, on Wednesday on the sidelines of the first meeting of Eurasian parliamentary speakers.

During the meeting, the senior Iranian official condemned a recent terrorist bomb blast in Afghanistan’s capital of Kabul and expressed his condolences over the deaths of tens of people in the tragic event.

Larijani, elsewhere in his remarks, pointed to the recent advances by the Afghan army in its anti-terror military campaign, and underlined the need for other regional countries to help in the fight against the inauspicious phenomenon.

The first conference of the Eurasian states’ parliament speakers, titled Inter-Parliamentary Cooperation in the Interests of Joint Prosperity of the Counties in the Eurasian Region in the 21st Century, opened in Moscow on Tuesday. Speakers from 19 countries are attending the meeting.