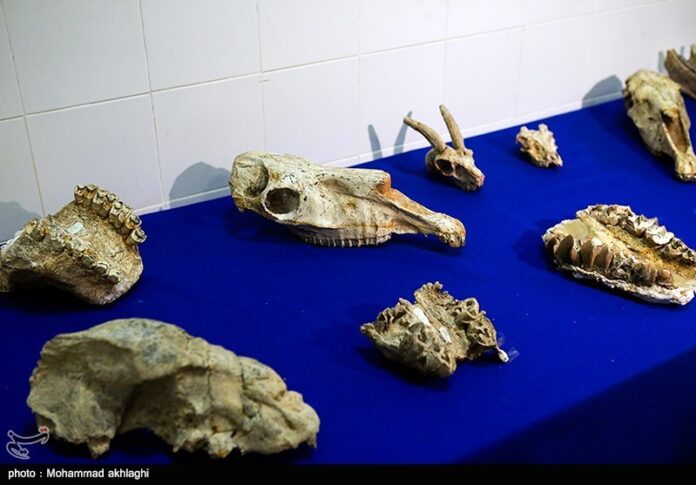 Iran’s ancient fossils, which had been sent to the US some 40 years ago for studies and were returned home after Tehran won a decades-long legal dispute with Washington, were unveiled in the Iranian capital.

In the unveiling ceremony held in the city’s Pardisan Park, 1351 fossils
dating back to eight million years ago were put on display.

The fossils, which are part of the 3000 fossils discovered in Maragheh in East Azerbaijan Province prior to the 1979 Islamic Revolution, were finally returned after years of legal battle with the US.

They had been taken to the US about 40 years ago for academic studies and were to return home within 6 to 12 months.

In recent years, Iran has been successful in returning home its stolen belongings, including artifacts and historical objects.

Back in April 2015, Iran received 108 ancient artifacts known as the Chogha Mish Collections from the US University of Chicago officials, marking the second successful return of Iranian artifacts in less than a year.

After a series of legal battles with the United States, Chogha Mish artifacts dating back to 6000 years ago were returned to Iran’s National Museum in Tehran.

Gil Stein, the director of the University of Chicago’s Oriental Institute, delivered the artifacts to officials from Iran’s Cultural Heritage, Handcrafts and Tourism Organization at Imam Khomeini Airport at the time.

Chogha Mish artifacts were officially on loan from Iran from April 1, 1964 for three years to be studied. However, the American side declined to return the artifacts in due time.

After more than 35 years of legal proceedings, US appeals court ruled that the artifacts should be returned to where they originally belonged to, namely Iran.