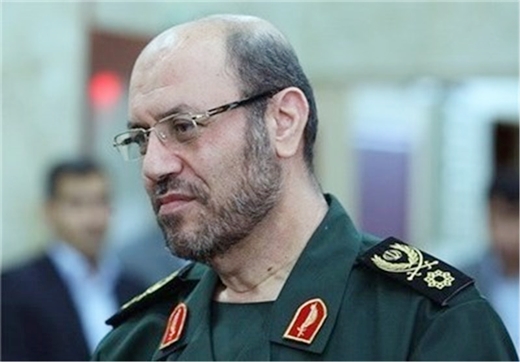 “We have not carried out tests of any missile of that range, as reported in the media,” the Iranian Defense Minister said on the sidelines of a ceremony in Tehran on Monday May 9.

Earlier, Deputy Chief of Staff of the Iranian Armed Forces Brigadier General Ali Abdollahi announced that Iran had test-fired a high precision ballistic missile with a range of 2000 kilometres, with a pinpoint accuracy of 8 metres.

The commander then refused to provide further details of the missile or its name.

Defense Minister Dehqan, however, said that Iran has never ceased in its defensive measures, including missile tests.

“We have never pursued an invasive outlook, and what we are doing is [based on] upgrading our country’s defensive capability,” Dehqan underscored.

He stressed that Iran’s military doctrine is defensive and is aimed at ensuring the country’s security.