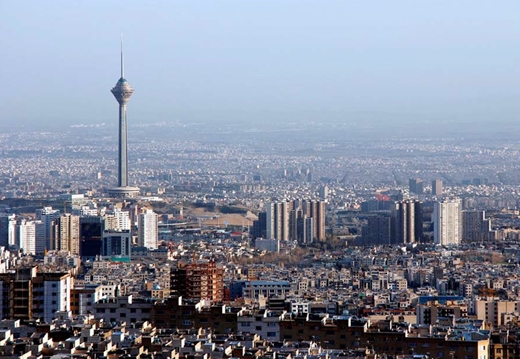 A meeting attended by Iranian officials and experts has found a plan on relocation of the capital to the detriment of the country.

The Ministry of Roads and Urban Development (MRUD) has announced that a plan to move the capital from Tehran has been rejected.

After releasing a 239-page report, the ministry said that a meeting chaired by the first vice-president has unanimously dismissed the transfer of the country’s political capital, citing the results of a research conducted by the ministry.

In a report on August 18, Fararu.com quoted news.mrud.ir as saying that for years the question of moving the capital was a talking point for media, officials and members of the general public. The following is the translation of the report:

One year after the end of the Sacred Defense [the Iraqi-imposed war] (1988), a number of Tehran residents began to complain about the lack of urban services in the city and the inattention of the capital’s managers to its development. Eventually, those complaints turned an urban question – which needed the attention of mid-level management – into an issue of macro-managerial proportion. As a result, the then government held multiple sessions bringing together officials and experts at the Council on Supervision of Tehran’s Development and raised the question of moving the capital.

Since then, the question of the transfer of the capital has been repeatedly put forward. A number of MPs of the ninth parliament introduced a motion on the relocation of the capital in the Councils and Internal Affairs Committee and when the committee adopted the motion, they put it forth on parliament floor [for debate].

For some reasons, the proponents of the motion outnumbered its opponents on the floor. Although the Islamic Consultative Assembly’s Research Center had – years ago – built on compelling evidence to prove that such relocation is not to the benefit of the country, the supporters of the new capital insisted on their own motion.

Afterward, the Iranian parliament approved new legislation on the formation of a committee comprising representatives from different cultural, political, military, economic, developmental, social and security bodies which gavethe government a few months to carry out feasibility studies into the movement of the capital.

The 239-page report – which was reviewed in the meeting also attended by a host of MPs, Cabinet ministers, Tehran’s governor general, the head of Tehran’s City Council as well as senior experts from the University of Tehran – was handed over to the top Iranian officials.