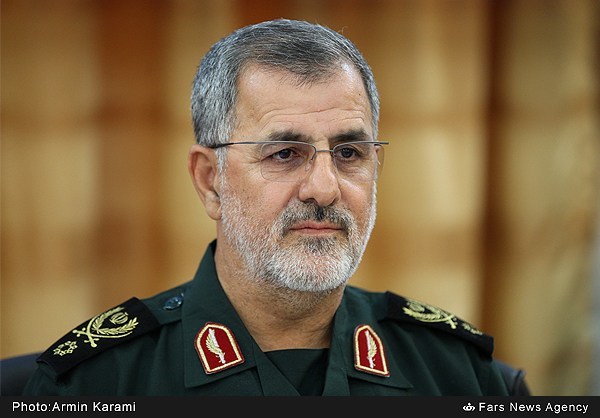 An Iranian military commander says a recent attack that killed 10 Iranian border guards was launched from outside Iran.

On Wednesday, 10 Iranian border guards were killed and two others injured in an ambush attack near the town of Mirjaveh in the southeastern Iranian province of Sistan-and-Baluchestan. The so-called Jaish ul-Adl terrorist group claimed responsibility for the attack in a statement. The assailants escaped into Pakistani territory immediately after the attack.

Speaking on Saturday, Brigadier General Mohammad Pakpour, who is the commander of the Ground Forces of the Islamic Revolution Guards Corps (IRGC), said there was a time when bandits would ambush Iranian security forces on the mountains of Sistan-and-Baluchestan.

That is no more the case, he said.

“Today, bandits have retreated into their den in… Pakistan and target our forces from there — like what happened to the border guards — and they (the bandits) are no more capable of [establishing] presence deep in our territory,” Brig. Gen. Pakpour said.

He pointed to the insecurity that amply exists in Iran’s neighborhood and said, “Our country is a safe island in this sea.”

“Today, Saudi Arabia, the [United Arab] Emirates and the godfather of them all, America, back counterrevolutionary groups to create instability for us,” he added.

Following the Wednesday attack, President Hassan Rouhani of Iran wrote to Pakistani Prime Minister Nawaz Sharif, calling for the perpetrators to be brought to justice. The Iranian Foreign Ministry also summoned Pakistan’s ambassador to Iran to convey the Islamic Republic’s strong protest to the Pakistani government.

In his Saturday remarks, the IRGC commander lauded the IRGC’s Saberin Special Forces Brigade for its contribution to the nation’s security.