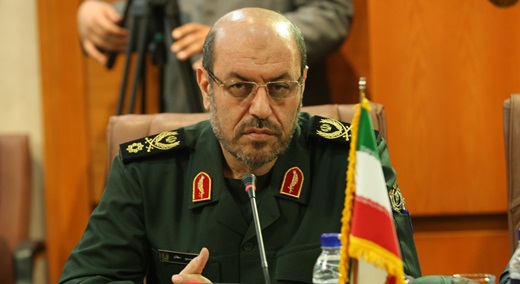 The defense minister has said that Iran is ready to give the aggressors a lesson they would never forget.

Iran’s defense minister dismissed the rhetoric of military action by the US or Israel as merely having domestics consumption, stressing that the Iranian armed forces are prepared to respond to any vicious move against the country.

Brigadier General Hossein Dehghan underscored on Saturday that the Iranian armed forces are ready to respond to any “malicious” behavior by the US government or the Zionist regime of Israel.

He made the comments in reaction to the provocative comments by the US and Israeli defense ministers about the viability of military action against Iran.

US Defense Secretary Ash Carter said at a joint press conference with his Israeli counterpart at the Pentagon on October 28 that Iran must comply with the Joint Comprehensive Plan of Action (JCPOA) or face a military threat from the US.

“I’m under instructions from President Obama to make sure the military option remains intact,” Carter said.

Israel’s Moshe Yaalon also said that “we will again be dealing with a potential military nuclear Iran. And we must be ready.”

The Iranian defense minister also said that Tehran will continue to boost the defense capabilities according to its defensive doctrine in order to counter the threats and support the resistance movement in all fields.

Dehghan described the US and Israeli officials’ comments as desperate attempts to deflect attention away from their failures, saying their rhetoric has only domestic consumption.

“The criminal, murderer and aggressive image of Israel and the US is known for all of the world nations, and the nations regard those two regimes as bellicose, aggressive, bloodsucker and anti-human rights,” he noted.

Iran is ready to give the aggressors a lesson they would never forget, Dehghan underlined.